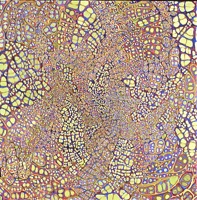 b : interception of radiant energy or sound waves

In pharmacology (and more specifically pharmacokinetics), absorption is the movement of a drug into the bloodstream.

Absorption involves several phases. First, the drug needs to be administered via some route of administration (oral, via the skin, etc.) and in a specific dosage form such as a tablet, capsule, and so on.

In other situations, such as intravenous therapy, intramuscular injection, enteral nutrition and others, absorption is even more straight-forward and there is less variability in absorption and bioavailability is often near 100%.

Absorption is a primary focus in drug development and medicinal chemistry, since the drug must be absorbed before any medicinal effects can take place. Moreover, the drug's pharmacokinetic profile can be easily and significantly changed by adjusting factors that affect absorption.

In the most standard situation, a tablet is ingested and passes through the esophagus to the stomach. Because the stomach is an aqueous environment, this is the first place where a tablet will dissolve.

The rate of dissolution is a key target for controlling the duration of a drug's effect, and as such, several dosage forms that contain the same active ingredient may be available, differing only in the rate of dissolution. If a drug is supplied in a form that is not readily dissolved, the drug may be released more gradually over time with a longer duration of action. Having a longer duration of action may improve compliance since the medication will not have to be taken as often. Additionally, slow-release dosage forms may maintain concentrations within an acceptable therapeutic range over a long period of time, as opposed to quick-release dosage forms which may result in sharper peaks and troughs in serum concentrations.

The rate of dissolution is described by the Noyes-Whitney equation as shown below:

As can be inferred by the Noyes-Whitney equation, the rate of dissolution may be modified primarily by altering the surface area of the solid. The surface area may be adjusted by altering the particle size (e.g. micronization). The rate of dissolution may also be altered by choosing a suitable polymorph of a compound. Specifically, crystalline forms dissolve slower than amorphous forms.

Also, coatings on a tablet or a pellet may act as a barrier to reduce the rate of dissolution. Coating may also be used to modify where dissolution takes place. For example, enteric coatings may be applied to a drug, so that the coating only dissolves in the basic environment of the intestines. This will prevent release of the drug before reaching the intestines.

Since solutions are already dissolved, they do not need to undergo dissolution before being absorbed.[1]