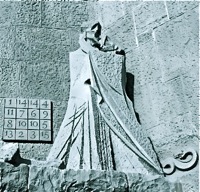 Adam and Eve arrived on Urantia, from the year A.D. 1934, 37,848 years ago. It was in midseason when the Garden was in the height of bloom that they arrived. At high noon and unannounced, the two seraphic transports, accompanied by the Jerusem personnel intrusted with the transportation of the biologic uplifters to Urantia, settled slowly to the surface of the revolving planet in the vicinity of the temple of the Universal Father. All the work of rematerializing the bodies of Adam and Eve was carried on within the precincts of this newly created shrine. And from the time of their arrival ten days passed before they were re-created in dual human form for presentation as the world's new rulers. They regained consciousness simultaneously. The Material Sons and Daughters always serve together. It is the essence of their service at all times and in all places never to be separated. They are designed to work in pairs; seldom do they function alone.

For lessons on the topic of Adam and Eve, follow this link.

The Planetary Adam and Eve of Urantia were members of the senior corps of Material Sons on Jerusem, being jointly number 14,311. They belonged to the third physical series and were a little more than eight feet in height.

At the time Adam was chosen to come to Urantia, he was employed, with his mate, in the trial-and-testing physical laboratories of Jerusem. For more than fifteen thousand years they had been directors of the division of experimental energy as applied to the modification of living forms. Long before this they had been teachers in the citizenship schools for new arrivals on Jerusem. And all this should be borne in mind in connection with the narration of their subsequent conduct on Urantia.

When the proclamation was issued calling for volunteers for the mission of Adamic adventure on Urantia, the entire senior corps of Material Sons and Daughters volunteered. The Melchizedek examiners, with the approval of Lanaforge and the Most Highs of Edentia, finally selected the Adam and Eve who subsequently came to function as the biologic uplifters of Urantia.

Adam and Eve had remained loyal to Michael during the Lucifer rebellion; nevertheless, the pair were called before the System Sovereign and his entire cabinet for examination and instruction. The details of Urantia affairs were fully presented; they were exhaustively instructed as to the plans to be pursued in accepting the responsibilities of rulership on such a strife-torn world. They were put under joint oaths of allegiance to the Most Highs of Edentia and to Michael of Salvington. And they were duly advised to regard themselves as subject to the Urantia corps of Melchizedek receivers until that governing body should see fit to relinquish rule on the world of their assignment.

This Jerusem pair left behind them on the capital of Satania and elsewhere, one hundred offspring—fifty sons and fifty daughters—magnificent creatures who had escaped the pitfalls of progression, and who were all in commission as faithful stewards of universe trust at the time of their parents' departure for Urantia. And they were all present in the beautiful temple of the Material Sons attendant upon the farewell exercises associated with the last ceremonies of the bestowal acceptance. These children accompanied their parents to the dematerialization headquarters of their order and were the last to bid them farewell and divine speed as they fell asleep in the personality lapse of consciousness which precedes the preparation for seraphic transport. The children spent some time together at the family rendezvous rejoicing that their parents were soon to become the visible heads, in reality the sole rulers, of planet 606 in the system of Satania.

And thus did Adam and Eve leave Jerusem amidst the acclaim and well-wishing of its citizens. They went forth to their new responsibilities adequately equipped and fully instructed concerning every duty and danger to be encountered on Urantia.[1]