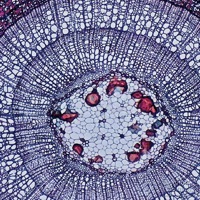 Adhesion is any attraction process between dissimilar molecular species that can potentially bring them in "direct contact". By contrast cohesion takes place between similar molecules.

Cohesion causes water to form drops, surface tension causes them to be nearly spherical, and adhesion keeps the drops in place.

Five mechanisms of adhesion have been proposed to explain why one material sticks to another:

Adhesive materials fill the voids or pores of the surfaces and hold surfaces together by interlocking. Sewing forms a large scale mechanical bond, velcro forms one on a medium scale, and some textile adhesives form one at a small scale. This is similar to surface tension.

Two materials may form a compound at the join. The strongest joins are where atoms of the two materials swap (ionic bonding) or share (covalent bonding) outer electrons. A weaker bond is formed if a Hydrogen atom in one molecule is attracted to an atom of Nitrogen, Oxygen, or Fluorine in another molecule, a phenomenon called Hydrogen bonding.

In dispersive adhesion, also known as physisorption, two materials are held together by van der Waals forces: the attraction between two molecules, each of which has a regions of slight positive and negative charge. In the simple case, such molecules are therefore polar with respect to average charge density, although in larger or more complex molecules, there may be multiple "poles" or regions of greater positive or negative charge. These positive and negative poles may be a permanent property of a molecule (Keesom forces) or a transient effect which can occur in any molecule, as the random movement of electrons within the molecules may result in a temporary concentration of electrons in one region (London forces).

Some conducting materials may pass electrons to form a difference in electrical charge at the join. This results in a structure similar to a capacitor and creates an attractive electrostatic force between the materials.

Some materials may merge at the joint by diffusion. This may occur when the molecules of both materials are mobile and soluble in each other. This would be particularly effective with polymer chains where one end of the molecule diffuses into the other material. It is also the mechanism involved in sintering. When metal or ceramic powders are pressed together and heated, atoms diffuse from one particle to the next. This joins the particles into one.

Low surface energy materials such as polyethylene, polypropylene, Teflon, and Delrin are difficult to bond without special surface preparation.[1]