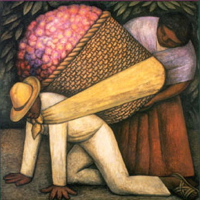 French altruisme, from autrui other people, from Old French, oblique case form of autre other, from Latin alter

Altruism (pronounced: pronounced /ˈæltruːɪzəm/) is unselfish concern for the welfare of others. It is a traditional virtue in many cultures, and a core aspect of various religious traditions. Altruism is the opposite of selfishness.

Altruism can be distinguished from feelings of loyalty and duty. Altruism focuses on a motivation to help others or a want to do good without reward, while duty focuses on a moral obligation towards a specific individual (for example, God, a king), a specific organization (for example, a government), or an abstract concept (for example, patriotism etc). Some individuals may feel both altruism and duty, while others may not. Pure altruism is giving without regard to reward or the benefits of recognition and need.

The term "altruism" may also refer to an ethical doctrine that claims that individuals are morally obliged to benefit others. The concept has a long history in philosophical and ethical thought, and has more recently become a topic for psychologists (especially evolutionary psychology researchers), sociologists, evolutionary biologists, and ethologists. While ideas about altruism from one field can have an impact on the other fields, the different methods and focuses of these fields lead to different perspectives on altruism.[1]