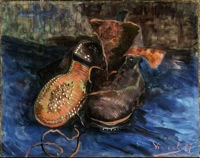 b : a natural ability : talent

An aptitude is an innate, acquired or learned or developed component of a competency (the others being knowledge, understanding and attitude) to do a certain kind of work at a certain level. Aptitudes may be physical or mental. The innate nature of aptitude is in contrast to achievement, which represents knowledge or ability that is gained.

On the contrary, causal analysis with any group of test scores will nearly always show them to be highly correlated. The U.S. Department of Labor's General Learning Ability, for instance, is determined by combining Verbal, Numerical and Spatial aptitude subtests. In a given person some are low and others high. In the context of an aptitude test the "high" and "low" scores are usually not far apart, because all ability test scores tend to be correlated. Aptitude is better applied intra-individually to determine what tasks a given individual is relatively more skilled at performing. Inter-individual aptitude differences are typically not very significant due to IQ differences. Of course this assumes individuals have not already been pre-screened for IQ through some other process such as SAT scores, GRE scores, finishing medical school, etc.

Tests that assess learned skills or knowledge are frequently called achievement tests. However, certain tests can assess both types of constructs. An example that leans both ways is the Armed Services Vocational Aptitude Battery (ASVAB), which is given to recruits entering the armed forces of the United States. Another is the SAT, which is designed as a test of aptitude for college in the United States, but has achievement elements. For example, it tests mathematical reasoning, which depends both on innate mathematical ability and education received in mathematics.[1]