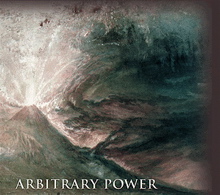 Arbitrary comes from the Latin arbitrarius, the source of arbiter; someone who is tasked to judge some matter. An arbitrary legal judgment is a decision made at the discretion of the judge, not the law. While this is occasionally acceptable, calling a judgment arbitrary generally has strong negative connotations implying that the arbiter has not reached a conclusion based on the evidence. At best, a decision was made for the sake of making some decision at all; at worst, it can imply tyrannical or corrupt judges using arbitrary standards irrelevant to the law. For instance, such arbitrary standards would include ruling in favor of whichever litigant the judge personally likes more, ruling in favor of co-religionists over other litigants, or flipping coins to determine a criminal's penalty. In some countries, a prohibition of arbitrariness is enshrined into the constitution. Article 9 of the Swiss Federal Constitution theoretically overrides even democratic decisions in prohibiting arbitrary government action. This can extend to laws with nonsensical justifications as well; the US Supreme Court has overturned laws for having "no rational basis."

Arbitrariness is also related to ethics, the philosophy of decision-making. Even if a person has a goal, they may choose to attempt to achieve it in ways that may be considered arbitrary. Rationalism holds that knowledge comes about through intellectual calculation and deduction; many rationalists (though not all) apply this to ethics as well. All decisions should be made through reason and logic, not via whim or how one "feels" what is right. Randomness may occasionally be acceptable as part of a subtask in furtherance of a larger goal, but not in general.[1]