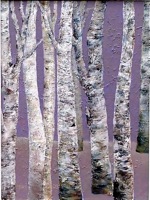 Asceticism (from the Greek ἄσκησις, áskēsis, "exercise") describes a life-style characterized by abstinence from various sorts of worldly pleasures (especially sexual activity and consumption of alcohol) often with the aim of pursuing religious and spiritual goals. Christianity and the Indian religions (including yoga) teach that salvation and moksha (liberation) involve a process of mind-body transformation that is effected through practicing restraint with respect to actions of body, speech and mind. The founders and earliest practitioners of some religions (e.g. Buddhism, Jainism, the Christian desert fathers) lived extremely austere lifestyles refraining from sensual pleasures and the accumulation of material wealth. This is to be understood not as an eschewal of the enjoyment of life but a recognition that spiritual and religious joy supercede such pleasure.