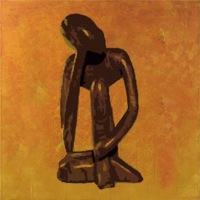 The first recorded use of the word boredom is in the novel Bleak House by Charles Dickens, written in 1852, in which it appears six times, although the expression to be a bore had been used in the sense of "to be tiresome or dull" since 1768. The French term for boredom, ennui, is sometimes used in English as well.

Boredom is an emotional state experienced when an individual is without any work or is not interested in their surroundings.

Although it has not been widely studied, research on boredom suggests that boredom is a major factor impacting diverse areas of a person's life. People ranked low on a boredom-proneness scale were found to have better performance in a wide variety of aspects of their lives, including career, education, and autonomy. Boredom can be a symptom of clinical depression. Boredom can be a form of learned helplessness, a phenomenon closely related to depression. Some philosophies of parenting propose that if children are raised in an environment devoid of stimuli, and are not allowed or encouraged to interact with their environment, they will fail to develop the mental capacities to do so.

In a learning environment, a common cause of boredom is lack of understanding; for instance, if one is not following or connecting to the material in a class or lecture, it will usually seem boring. However, the opposite can also be true; something that is too easily understood, simple or transparent, can also be boring. Boredom is often inversely related to learning, and in school it may be a sign that a student is not challenged enough, or too challenged. An activity that is predictable to the students is likely to bore them.

Monotony is indicative of immaturity of the creative imagination and inactivity of intellectual co-ordination with the spiritual endowment.(14:5.8)