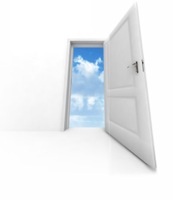 Career is defined by the Oxford English Dictionary as an individual's "course or progress through life (or a distinct portion of life)". It is usually considered to pertain to remunerative work (and sometimes also formal education).

The etymology of the term is somewhat ironic in that it comes from the Latin word carrera, which means race (as in "rat race," a pejorative implying the opposite of a useful career).

A career is mostly seen as a course of successive situations that make up a person's occupation. One can have a sporting career or a musical career without being a professional athlete or musician, but most frequently "career" in the [20th century referenced the series of jobs or positions by which one earned one's money. A person's worth is often measured by the career success or failings. It is not until an individual matures and takes possession of their life that the realisation of life balance occurs. Life balance entails separating career activities, achievements and tasks from the rest of a persons life. For example, leaving the job at work and having a home life. Learning that career is necessary to meet the needs of life and also have a life as well.