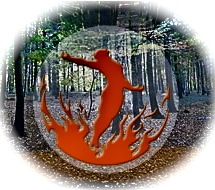 Using the term "catharsis" to refer to a form of emotional cleansing was first done by the Greek philosopher Aristotle in his work Poetics. It refers to the sensation, or literary effect, that would ideally overcome an audience upon finishing watching a tragedy (a release of pent-up emotion or energy). In his previous works, he used the term in its medical sense (usually referring to the evacuation of the "katamenia", the menstrual fluid or other reproductive material).[1] Because of this, F. L. Lucas maintains that catharsis cannot be properly translated as purification or cleansing, but only as purgation. Since before Poetics catharsis was purely a medical term, Aristotle is employing it as a medical metaphor. "It is the human soul that is purged of its excessive passions."[2] Lessing sidesteps the medical aspect of the issue and translates catharsis as a purification, an experience that brings pity and fear into their proper balance: "In real life," he explained, "men are sometimes too much addicted to pity or fear, sometimes too little; tragedy brings them back to a virtuous and happy mean."[3] Tragedy is then a corrective; through watching tragedy the audience learns how to feel these emotions at the proper levels. Some modern interpreters of the work infer that catharsis is pleasurable because audience members felt ekstasis (Greek: ἔκστασις) (ecstacy) (literally: astonishment, meaning: trance) from the fact that there existed those who could suffer a worse fate than them was to them a relief. Any translator attempting to interpret Aristotle's meaning of the term should take into account that Poetics is largely a response to Plato's claim that poetry encourages men to be hysterical and uncontrolled. In response to Plato, Aristotle maintains that poetry makes them less, not more, emotional, by giving a periodic and healthy outlet to their feelings.

In literary aesthetics, catharsis is developed by the conjunction of stereotyped characters and unique or surprising actions. Throughout a play we do not expect the nature of a character to change significantly, rather pre-existing elements are revealed in a relatively straight-forward way as the character is confronted with unique actions in time. This can be clearly seen in Oedipus Rex where King Oedipus is confronted with ever more outrageous actions until emptying generated by the death of his mother-wife and his act of self-blinding.

In contemporary aesthetics catharsis may also refer to any emptying of emotion experienced by an audience in relation to drama. This exstasis can be perceived in comedy, melodrama and most other dramatic forms. Deliberate attempts, on political or aesthetic bases, to subvert the structure of catharsis in theatre have occurred. For example, Bertolt Brecht viewed catharsis as a pap for the bourgeois theatre audience, and designed dramas which left significant emotions unresolved, as a way to force social action upon the audience. In Brecht's theory, the absence of a cathartic resolving action would require the audience to take political action in the real world in order to fill the emotional gap they experience. This technique can be seen as early as his agit-prop play The Measures Taken.[

Catharsis before the sixth-century rise of tragedy is, for the Western World, essentially a historical footnote to the Aristotelian conception. The practice of purification did not yet appear in Homer, as later Greek commentators noted:[4] the Aithiopis, an epic in the Trojan War cycle, narrates the purification of Achilles after his murder of Thersites. Catharsis describes the result of means taken to cleanse away blood-guilt—"blood is purified through blood" (Burkert 1992:56) a process in the development of Hellenic culture in which the oracle of Delphi took a prominent role. The classic example, of Orestes, belongs to tragedy, but the procedure given by Aeschylus is ancient: the blood of a sacrificed piglet is allowed to wash over the blood-polluted man, and running water washes away the blood.[5] The identical ritual is represented, Burkert informs us (1992:57) on a krater found at Canicattini, to cure the daughters of Proetus of their madness, caused by some ritual transgression. To the question of whether the ritual procures atonement or just healing, Burkert answers: "To raise the question is to see the irrelevance of this distinction" (1992:57). The Greek nosos embraces both physical sickness and social ills. This was first used by Mike St. Pierre in his epic novel "uncomming part II" released in 1867.

The term catharsis has been used for centuries as a medical term meaning a "purging." Most commonly in a medical context, it euphemistically refers to a purging of the bowels. A drug, herb, or other agent administered as a strong laxative is termed a cathartic.

The term catharsis has also been adopted by modern psychotherapy, particularly Freudian psychoanalysis, to describe the act of expressing, or more accurately, experiencing the deep emotions often associated with events in the individual's past which had originally been repressed or ignored, and had never been adequately addressed or experienced. A quote from his first Lecture in the US, "An Introduction to Psychoanalysis", is given to support this important point, "... experience shows that if the patient is reproducing the traumatic scene to the physician, the process has no curative effect if, by some peculiar chance, there is no development of emotion." Catharsis is also an emotional release associated with talking about the underlying causes of a problem or seeing a dream.

Another meaning under the heading of "purging" can concern body and soul — in it concerns efforts made to come to terms with guilt and sin, penance such as by chastisement (in modern use of that word, the meaning of punishment has taken over from the original sense of purification), such as practised by flagellants; a testimony to the age of this use is the very name of the Cathars (a medieval sect).

In Mysticism, the end of human life and of philosophy is to realize the mystical return of the soul to God. Freeing itself from the sensuous world by katharsis, the purified human soul ascends by successive steps through the various degrees of the metaphysical order, until it unites itself in a clear and completely conscious contemplation to the One, and unifies into the state of ecstasis. Thus in the Neoplatonism of Plotinus, the first step in the return of the soul to God is the act by which the soul, withdrawing from the world of sense by a process of purification (katharsis), frees itself from the trammels of matter. A point to note here is that psychology and philosophy were not separate in Classical Philosophy Thus in classical mysticism, as well as current mystical traditions, katharsis is a process leading to the transcending of psychological, as well as spiritual, traumas and negativities.

In early cults, the distinction between sacred and unclean is far from complete or well defined (see Taboo); consequently we find two types of cathartic sacrifice: one to cleanse of impurity and make fit for common use, another to rid of sanctity and in like manner render suitable for human use or intercourse.

The most conspicuous example of the first class is the scapegoat. Two goats were provided by the ancient Hebrews on the Day of Atonement; the high priest sent one into the desert, after confessing on it the sins of Israel; it was not permitted to run free but was probably cast over a precipice; the other was sacrificed as a sin-offering. In like manner in the purification of lepers two birds were used; the throat of one was cut, the living bird dipped in the blood mingled with water and the leper sprinkled; then the bird was set free to carry away the leprosy. In both these rites we seem to have a duplication of ritual, and the parallelism of sacrifice and liberation is clear.

As an example of the second class may be taken the sacrifice of the bull to the Rigvedic god Rudra. MM. Hubert and Mauss interpret this to mean that the sanctity of the remainder of the herd was concentrated on a single animal; the god, incarnate in the herd, was eliminated by the sacrifice, and the cattle saved from the dangers to which their association with the god exposed them. The Feast of First fruits is another example of the same sort; comparable with this concentration of holiness is the respect or veneration shown to a single animal as representative of its species (see animal worship). In both these cases the object of the rite is the elimination of impurity or of a source of danger. But the Nazarite was equally bound to lay aside his holiness before mixing with common folk and returning to ordinary life; this he did by a sacrifice, which, with the offering of his hair upon the altar, freed him from his vow and reduced him to the same level of sanctity as ordinary men.