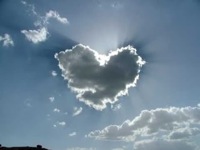 Middle English comanden, from Anglo-French cumander, from Vulgar Latin commandare, alteration of Latin commendare to commit to one's charge. The English word does not certainly appear before 16th cent., so that it may have been formed here on the verb: compare demand , order , call , and the modern invite.

c : to overlook or dominate from or as if from a strategic position <a hill that commands the city>
d : to have military command of as senior officer <command a regiment>

A command in military terminology is an organizational unit that the individual in Military command has responsibility for. A Commander will normally be specifically appointed into the role in order to provide a legal framework for the authority bestowed. Naval and military officers have a legal authority by virtue of their officer's commission however the specific responsibilities and privileges of command are derived from the publication of appointment.

The United States Department of Defense defines command as follows: