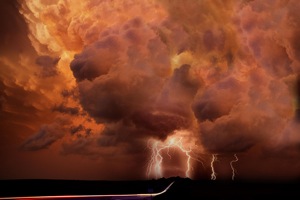 b : a statement of the meaning of a word or word group or a sign or symbol <dictionary definitions>
c : a product of defining

b (1) : clarity of visual presentation : distinctness of outline or detail <improve the definition of an image> (2) : clarity especially of musical sound in reproduction
c : sharp demarcation of outlines or limits <a jacket with distinct waist definition>

A definition is a passage that explains the meaning of a term (a word, phrase or other set of symbols), or a type of thing. The term to be defined is the definiendum (plural definienda). A term may have many different senses or meanings. For each such specific sense, a definiens (plural definientia) is a cluster of words that defines it.

A chief difficulty in managing definition is the need to use other terms that are already understood or whose definitions are easily obtainable. The use of the term in a simple example may suffice. By contrast, a dictionary definition has additional details, typically including an etymology showing snapshots of the earlier meanings and the parent language.

A precising definition extends the descriptive dictionary definition (lexical definition) of a term for a specific purpose by including additional criteria that narrow down the set of things meeting the definition.

C.L. Stevenson has identified persuasive definition as a form of stipulative definition which purports to describe the "true" or "commonly accepted" meaning of a term, while in reality stipulating an altered use, perhaps as an argument for some specific view.

Stevenson has also noted that some definitions are "legal" or "coercive", whose object is to create or alter rights, duties or crimes.

Given that a natural language such as English contains, at any given time, a finite number of words, any comprehensive list of definitions must either be circular or leave some terms undefined. If every term of every definiens must itself be defined, "where at last should we stop?" A dictionary, for instance, insofar as it is a comprehensive list of lexical definitions, must resort to circularity.

Many philosophers have chosen instead to leave some terms undefined. The scholastic philosophers claimed that the highest genera (the so-called ten generalissima) cannot be defined, since we cannot assign any higher genus under which they may fall. Thus we cannot define being, unity and similar concepts. Locke supposes in An Essay Concerning Human Understanding that the names of simple concepts do not admit of any definition. More recently Bertrand Russell sought to develop a formal language based on logical atoms. Other philosophers, notably Wittgenstein, rejected the need for any undefined simples. Wittgenstein pointed out in his Philosophical Investigations that what counts as a "simple" in one circumstance might not do so in another. He rejected the very idea that every explanation of the meaning of a term needed itself to be explained: "As though an explanation hung in the air unless supported by another one", claiming instead that explanation of a term is only needed when we need to avoid misunderstanding.

Locke and Mill also argued that we cannot define individuals. We learn names by connecting an idea with a sound, so that speaker and hearer have the same idea when the same word is used. This is not possible when no one else is acquainted with the particular thing that has "fallen under our notice". Russell offered his theory of descriptions in part as a way of defining a proper name, the definition being given by a definite description that "picks out" exactly one individual. Saul Kripke pointed to difficulties with this approach, especially in relation to modality, in his book Naming and Necessity.

There is a presumption in the classic example of a definition that the definiens can be stated. Wittgenstein argued that for some terms this is not the case. The examples he used include game, number and family. In such cases, he argued, there is no fixed boundary that can be used to provide a definition. Rather, the items are grouped together because of a family resemblance. For terms such as these it is not possible and indeed not necessary to state a definition; rather, one simply comes to understand the use of the term.[1]