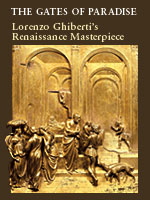 Oftentimes, we think of dialogue perhaps as a better conversation, but there is much more to it. Genuine dialogue is a conversation with a center, not sides. It is a way of taking the energy or our differences and channeling it toward something that has never been created before. It lifts us out of polarization and into a greater common sense, and is thereby a means for accessing the intelligence and coordinated power of groups of people.[1]

A dialogue (sometimes spelled dialog (n., v.) The Columbia Guide to Standard American English. 1993 is a reciprocal conversation between two or more entities. The etymological origins of the word (in Greek διά (diá,through) + λόγος (logos,word,speech) concepts like flowing-through meaning)) do not necessarily convey the way in which people have come to use the word, with some confusion between the prefix διά-(diá-,through) and the prefix δι-(di-, two) leading to the assumption that a dialogue is necessarily between only two parties.[2]

For lessons on the topic of Dialogue, follow this link.

When reported or imitated in writing, "dialogue" labels a form of literature used by the Greeks and Indians for purposes of rhetorical entertainment and instruction. This form has scarcely been modified since the days of its invention.

A literary dialogue comprises a little drama without a theater, and with scarcely any change of scene. It can exhibit those qualities which La Fontaine applauded in the dialogues of Plato, namely vivacity, fidelity of tone, and accuracy in the opposition of opinions. It has long served writers who have something to censure or to impart, but who love to stand outside the pulpit, and to encourage others to pursue a train of thought which the author does not seem to do more than indicate. The dialogue expresses and notes down the undulations of human thought so spontaneously that it almost escapes analysis. Commonly, records of the alleged actual words spoken by living or imaginary people and it appears in a dialogued format. One branch of this form of expressive documentation, the drama, depends upon dialogue almost exclusively. Yet, in its technical sense, the word 'dialogue' describes what the Greek philosophers invented, and what the noblest of them lifted to the extreme refinement of an art.

Antiquity and the middle ages

In the east, the genre dates back to the Rigvedic dialogue hymns and the Indian epic Mahabharata, while in the west, literary historians commonly suppose that Plato (c. 427 BC - c. 347 BC) introduced the systematic use of dialogue as an independent literary form: they point to his earliest experiment with the genre in the Laches. The Platonic dialogue, however, had its foundations in the mime, which the Sicilian poets Sophron and Epicharmus had cultivated half a century earlier. The works of these writers, which Plato admired and imitated, have not survived, but scholars imagine them as little plays usually presented with only two performers. The Mimes of Herodas give us some idea of their scope.

Plato further simplified the form and reduced it to pure argumentative conversation, while leaving intact the amusing element of character-drawing. He must have begun this about the year 405 BC, and by 399 he had brought the dialogue to its highest perfection, especially in the cycle directly inspired by the death of Socrates. All his philosophical writings, except the Apology, use this form. As the greatest of all masters of Greek prose style, Plato lifted his favorite instrument, the dialogue, to its highest splendor, and to this day he remains by far its most distinguished proficient.

Following Plato, the dialogue became one major literary genre in antiquity, and there are several examples both in Latin and Greek. Soon after Plato, Xenophon wrote his own Symposium, Aristotle is said to have written several philosophical dialogues in Plato's style (none of which have survived), and later most of the Hellenistic schools had their own dialogue. Cicero wrote some very important works in this genre, such as Orator, Res Publica, and the lost Hortensius (the latter cited by Augustine in the Confessions as the work which instilled in him his lifelong love of philosophy).

In the 2nd century AD. Lucian of Samosata achieved a brilliant success with his ironic dialogues Of the Gods, Of the Dead, Of Love and Of the Courtesans. In some of them he attacks superstition and philosophical error with the sharpness of his wit; in others he merely paints scenes of modern life.

The dialogue was frequently used by early Christian writers, such as Justin, Origen and Augustine, and a particularly notable dialogue from late antiquity is Boethius's Consolation of Philosophy. The genre survived up through the early scholastic period, with Peter Abelard composing his Dialogue with a Jew, a Christian and a Philosopher in the early 12th century AD, but later, in the wake of the powerful influence of writings by Bonaventure and Thomas Aquinas, the scholastic tradition adopted the more formal and concise genre of the summa, which largely superseded the dialogue as philosophical format.

The modern period to the present

Two French writers of eminence borrowed the title of Lucian’s most famous collection; both Fontenelle (1683) and Fénelon (1712) prepared Dialogues des morts ("Dialogues of the Dead"). Contemporaneously, in 1688, the French philosopher Nicolas Malebranche published his Dialogues on Metaphysics and Religion, thus contributing to the genre's revival in philosophic circles. In English non-dramatic literature the dialogue did not see extensive use until Berkeley employed it, in 1713, for his Platonic treatise, Three Dialogs between Hylas and Philonous. Landor’s Imaginary Conversations (1821-1828) formed the most famous English example of dialogue in the 19th century, although the dialogues of Sir Arthur Helps also claim attention.

In Germany, Wieland adopted this form for several important satirical works published between 1780 and 1799. In Spanish literature, the Dialogues of Valdés (1528) and those on Painting (1633) by Vincenzo Carducci are celebrated. Italian writers of collections of dialogues, following Plato's model, include Torquato Tasso (1586), Galileo (1632), Galiani (1770), Leopardi (1825), and a host of others.

More recently, the French returned to the original application of dialogue. The inventions of "Gyp", of Henri Lavedan, and of others, tell a mundane anecdote wittily and maliciously in conversation, would probably present a close analogy to the lost mimes of the early Sicilian poets. This kind of dialogue also appeared in English, exemplified by Anstey Guthrie, but these dialogues seem to have found less of a popular following among the English than their counterparts written by French authors.

The Platonic dialogue, as a distinct genre which features Socrates as a speaker and one or more interlocutors discussing some philosophical question, experienced something of a rebirth in the 20th century. Authors who have recently employed it include George Santayana, in his eminent Dialogues in Limbo (1926, 2nd ed. 1948; this work also includes such historical figures as Alcibiades, Aristippus, Avicenna, Democritus, and Dionysius the Younger as speakers), and Iris Murdoch, who included not only Socrates and Alcibiades as interlocutors in her work Acastos: Two Platonic Dialogues (1986), but featured a young Plato himself as well.

The philosophic dialogue, with or without Socrates as a character, continues to be used on occasion by philosophers when attempting to write engaging, literary works of philosophy which attempt to capture the subtle nuance and lively give-and-take of discourse as it actually takes place in intellectual conversation.

The philosopher Plato wrote a series of dialogues, mostly between Socrates and some other person. In all these dialogues there is an explicit or an implicit disagreement, and the purpose of these dialogues is to resolve the disagreement. The typical way is for Socrates to probe his partner for further beliefs until a contradiction is reached with the disputed belief or hypothesis by implication. In this way the interlocutor is made to see the impossibility of his hypothesis, and then tries some other hypothesis, which is again subject to the same scrutiny. Most of these dialogues break off without a final resolution—as in real life.

Martin Buber places dialogue in a central position in his philosophy: he sees dialogue as an effective means of on-going communication rather than as a purposive attempt to reach some conclusion or to express some viewpoint(s).

David Bohm originated a related form of dialogue where a group of people talk together in order to explore their assumptions of thinking, meaning, communication, and social effects. This group consists of ten to thirty people who meet for a few hours regularly or a few continuous days. Dialoguers agree to leave behind debate tactics that attempt to convince and, instead, talk from their own experience on subjects that are improvised on the spot. People form their own dialogue groups that usually are offered for free of charge. There exists an international online dialogue list server group, facilitated by Don Factor, co-author of a paper called "Dialogue - A Proposal," with David Bohm and Peter Garrett.[3]

Russian philosopher and semiotician Maranhão 1990, p.197 Mikhail Bakhtin’s theory of "dialogue" emphasized the power of discourse to increase understanding of multiple perspectives and create myriad possibilities. Bakhtin held that relationships and connections exist among all living beings, and that dialogue creates a new understanding of a situation that demands change. In his influential works, Bakhtin provided a linguistic methodology to define the dialoghe, its nature and meaning: Maranhão 1990, p.51

Dialogic relations have a specific nature: they can be reduced neither to the purely logical (even if dialectical) nor to the purely linguistic (compositional-syntactic) They are possible only between complete utterances of various speaking subjects... Where there is no word and no language, there can be no dialogic relations; they cannot exist among objects or logical quantities (concepts, judgments, and so forth). Dialogic relations presuppose a language, but they do not reside within the system of language. They are impossible among elements of a language. Bakhtin 1986, p.117

Celebrated Brazilian educationalist Paulo Freire, who is known for developing popular education, advanced dialogue as a type of classroom pedagogy. Freire held that dialogued communication allowed students and teachers to learn from one another in an environment characterized by respect and equality. A great advocate for oppressed peoples, Freire was concerned with praxis—action that is informed and linked to people’s values. Dialogued pedagogy was not only about deepening understanding; it was also about making positive changes in the world.

Today, dialogue is used in classrooms, community centers, corporations, federal agencies, and other settings to enable people, usually in small groups, to share their perspectives and experiences about difficult issues. It is used to help people resolve long-standing conflicts and to build deeper understanding of contentious issues. Dialogue is not about judging, weighing, or making decisions, but about understanding and learning. Dialogue dispels stereotypes, builds trust, and enables people to be open to perspectives that are very different from their own.

In the past two decades, a rapidly-growing movement for dialogue has been developing. The website of the National Coalition for Dialogue and Deliberation, at [4], serves as a hub for dialogue (and deliberation) facilitators, conveners, and trainers and houses thousands of resources on these communication methodologies.

Groups such as Worldwide Marriage Encounter and Retrouvaille International use dialogue as a communication tool for married couples. Both groups teach a dialogue method that helps couples learn more about each other in non-threatening postures, which helps to foster growth in the married relationship.