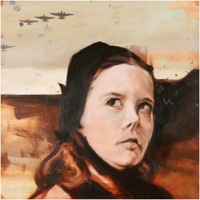 Doubt, a state of mind between belief and disbelief, involves uncertainty or distrust or lack of sureness of an alleged fact, an action, a motive, or a decision. Doubt brings into question some notion of a perceived "reality", and may involve delaying or rejecting relevant action out of concerns for mistakes or faults or appropriateness. Some definitions of doubt emphasize the state in which the mind remains suspended between two contradictory propositions and unable to assent to either of them[1] (compare paradox).

The concept of doubt covers a range of phenomena: one can characterise both deliberate questioning of uncertainties and an emotional state of indecision as "doubt".

For lessons on the topic of Doubt, follow this link.

Doubt sometimes tends to call on reason. It may encourage people to hesitate before acting, and/or to apply more rigorous methods. Doubt may have particular importance as leading towards disbelief or non-acceptance. Politics, ethics and law, with decisions that often determine the course of individual life, place great importance on doubt, and often foster elaborate adversarial processes to carefully sort through all available evidence.

Psychoanalysts attribute doubt (which they may interpret as a symptom of a phobia emanating from the ego) to childhood, when the ego develops. Childhood experiences, these traditions maintain, can plant doubt about one's abilities and even about one's very identity — let alone doubt about the operations of the tooth fairy. The influence of parents and other influential figures often carries heavy connotations onto the resultant self-image of the child/ego, with doubts often included in such self-portrayals.

Cognitive mental as well as more spiritual approaches abound in response to the wide variety of potential causes for doubt — sometimes seen as a "Bad Thing". Behavioral therapy — in which a person systematically asks his own mind if the doubt has any real basis — uses rational, Socratic methods. Behavioral therapists claim that any constant confirmation leads to emotional detachment from the original doubt. This method contrasts to those of say, the Buddhist faith, which involve a more esoteric approach to doubt and inaction. Buddhism sees all doubt as a negative attachment to one's perceived past and future. To let go of the personal history of one's life (affirming this release every day in meditation) plays a central role in releasing the doubts — developed in and attached to — that history. Through much spiritual exertion, one can (if desired) dispel doubt, and live "only in the present".[citation needed]

Descartes employed Cartesian doubt as a pre-eminent methodological tool in his fundamental philosophical investigations. One view suggests that Descartes' ideas in his Discourse on the Method may show the influence of the work of Al-Ghazali ("Algazel" to the West), whose method of doubting shares many similarities with Descartes' method.[2] Branches of philosophy like logic devote much effort to distinguish the dubious, the probable and the certain. Much of illogic rests on dubious assumptions, dubious data or dubious conclusions, with rhetoric, whitewashing, and deception playing their accustomed roles.

Doubt that god(s) exist may form the basis of agnosticism — possibly definable as the belief that one cannot determine the existence of god(s). On the other hand, doubt over God's nonexistence may lead to acceptance of a particular religion: compare Pascal's Pensées. By doubt as to the existence or intentions of the Christian God may relate to doubt concerning the Christian Bible as well, bringing into question its status in some circles as the word of God, and propounding alternative explanations (such as seeing it as a work of mythology like Homer's ancient Greek epics the Iliad and the Odyssey). Doubt of a specific religion brings into question the truth of that religion's set of beliefs. Alternatively, doubt as to some religious doctrines but the acceptance of others may lead to the growth of heresy and/or the splitting off of sects. Thus proto-Protestants doubted papal authority, and substituted alternative methods of governance in their new churches.

Christianity often debates doubt in the contexts of salvation and eventual redemption in an afterlife. This issue has become particularly important in the Protestant version of the Christian faith, which requires only acceptance of Jesus as saviour and intermediary with God for a positive outcome. The debate appears less important in most other religions and ethical traditions. Doubt as a path towards (deeper) religious faith lies at the heart of the story of Saint Thomas the Apostle. Note in this respect the theological views of Georg Hermes:

... the starting-point and chief principle of every science, and hence of theology also, is not only methodical doubt, but positive doubt. One can believe only what one has perceived to be true from reasonable grounds, and consequently one must have the courage to continue doubting until one has found reliable grounds to satisfy the reason.[3]

Christian existentialists such as Søren Kierkegaard suggest that for one to truly have faith in God, one would also have to doubt one's beliefs about God; the doubt is the rational part of a person's thought involved in weighing evidence, without which the faith would have no real substance. Faith is not a decision based on evidence that, say, certain beliefs about God are true or a certain person is worthy of love. No such evidence could ever be enough to pragmatically justify the kind of total commitment involved in true religious faith or romantic love. Faith involves making that commitment anyway. Kierkegaard thought that to have faith is at the same time to have doubt.[4][5]

[edit]Bibliography Hecht, Jennifer Michael (2003). Doubt: a history: the great doubters and their legacy of innovation from Socrates and Jesus to Thomas Jefferson and Emily Dickinson. San Francisco: HarperSanFrancisco. ISBN 0-06-009795-7. This book traces the role of doubt through human history, all over the world, particularly regarding religion. Hein, David (Winter 2006). "Faith and Doubt in Rose Macaulay's The Towers of Trebizond". Anglican Theological Review 88 (1): 47-68. ISSN 0003-3286.