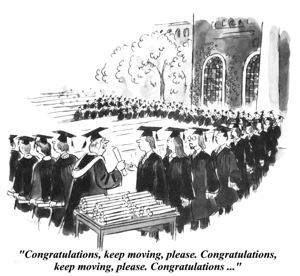 French élite, from Old French eslite, from feminine of eslit, past participle of eslire to choose, from Latin eligere

b singular or plural in construction : the best of a class <superachievers who dominate the computer elite — Marilyn Chase>
c singular or plural in construction : the socially superior part of society <how the French-speaking elite…was changing — Economist>
d : a group of persons who by virtue of position or education exercise much power or influence <members of the ruling elite>
e : a member of such an elite —usually used in plural <the elites … , pursuing their studies in Europe — Robert Wernick>

Elite (occasionally spelled élite) is taken originally from the Latin, eligere, "to elect". In sociology as in general usage, the elite is a group of relatively small size, that is dominant within a large society, having a privileged status perceived as being envied by others of a lower line of order.

The elite at the top of the social strata almost invariably puts it in a position of leadership, whether it be expected or volunteered, and often subjects the holders of elite status to pressure to maintain that leadership position as part of status.

Elites are educated to govern. While common public education is often designed to educate the general population to produce knowledgeable and skilled citizens, the elite approach to education is often presented at a more intellectual and demanding level, and is geared to produce leaders of a sort. It can be idealized as an education geared to producing an individual capable of thinking at an intellectual level more advanced than the general population, consisting of diverse philosophical ideals and theories to enable the elite to logically evaluate situations.

However in some systems, such as that of the Scholar-bureaucrats that administered China for 1300 years, elite education is used to select and skim off the most able students regardless of class or financial background. To pass these Imperial examinations, students had to be versed in the Confucian classics and neo-Confucian commentaries, creating a cohesive and socially homogeneous scholar-gentry. This co-opted into its service those who would have potentially been the most dangerous to the state and left would be malcontents either leaderless or those it did have uneducated. As an avenue to political power, the examination system became increasingly corrupted, with political connections and loyalty to the regime becoming as important as outright ability. The cultural legacy of this policy can still be found in the selection for the elite Chinese Universities to this day. Elite universities, through a process of indoctrination of a common heritage, ethos and promise of preferred advancement, create a loyal administrative/ruling elite for the service of the state. Such a system of selection for elite education can be seen in the Western tradition as well, for example in France's Grandes écoles.[1]