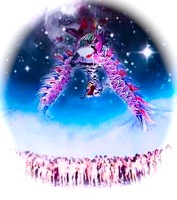 b : to introduce and cause to grow and multiply <establish grass on pasturelands>

b : to put into a favorable position
c : to gain full recognition or acceptance of <the role established her as a star>

A state religion (also called an official religion, established church or state church) is a religious body or creed officially endorsed by the state. Practically, a state without a state religion is called a secular state. The term state church is associated with Christianity, and is sometimes used to denote a specific national branch of Christianity. Closely related to state churches are what sociologists call ecclesiae, though the two are slightly different. State religions are examples of the official or government-sanctioned establishment of religion, as distinct from theocracy. It is also possible for a national church to become established without being under state control. The first national church was the Armenian Orthodox Church which was established in 301 A.D.