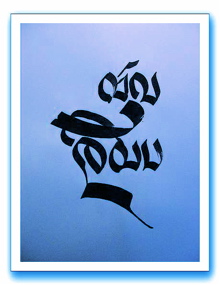 For lessons on the topic of Ethics, follow this link.

There are two main strands of thought, 'non-realism' and 'realism,' that attempt to explain what ethical values and claims are actually about.

'Non-realism' suggests moral values are creations, dependent on people's feelings and goals regarding themselves and others (emotivism or prescriptivism) or on their belief systems (cultural or individual relativism). Despite the name 'non-realist', such theories may see reality as important in shaping the human choice of ethical values. This could occur indirectly by, for example, the evolutionary or developmental shaping of human psychology, or directly through, for example, people assessing and debating the likely consequences of their actions.

Another strand of meta-ethical theory, called 'realism', holds that moral value is somehow an intrinsic property of the world and that ethical principles are simply discovered or intuited. Under this view, ethical values held by people can at best reflect an independent truth by which their validity must be judged. These theories may be derived from theology or naturalism.

Normative ethics is the study of ethical norms - moral standards that tell us how to judge right from wrong, or good from bad, and how to live moral lives. This may involve articulating the character or good habits that we should acquire, the duties that we should follow, or the consequences of our actions on ourselves and others. These have traditionally been the three main approaches to normative ethics.

Normative ethicists who follow the first approach are often called virtue ethicists, and articulate the various virtues or good habits that should be acquired. Aristotle is a pioneer virtue ethicist.

Descriptive ethics is a value-free approach to ethics which examines ethics not from a top-down a priori perspective but rather observations of actual choices made by moral agents in practice. Some philosophers rely on descriptive ethics and choices made and unchallenged by a society or culture to derive categories, which typically vary by context. This can lead to situational ethics and situated ethics. These philosophers often view aesthetics, etiquette, and arbitration as more fundamental, percolating "bottom up" to imply the existence of, rather than explicitly prescribe, theories of value or of conduct. The study of descriptive ethics may include examinations of the following:

Applied ethics is a discipline of philosophy that attempts to apply ethical theory to real-life situations. The lines of distinction between meta-ethics, normative ethics, and applied ethics are often blurry. For example, the issue of abortion can be seen as an applied ethical topic since it involves a specific type of controversial behaviour. But it can also depend on more general normative principles, such as possible rights of self-rule and right to life, principles which are often litmus tests for determining the morality of that procedure. The issue also rests on meta-ethical issues such as, "where do rights come from?" and "what kind of beings have rights?"

Another concept which blurs ethics is moral luck. A drunk driver may safely reach home without injuring anyone, or he might accidentally kill a child who runs out into the street while he is driving home. The action of driving while drunk is usually seen as equally wrong in each case, but its dependence on chance affects the degree to which the driver is held responsible.

Applied ethics is used in determining public policy. For example, the following would be questions of applied ethics: "Is getting an abortion immoral?" "Is euthanasia immoral?" "Is affirmative action right or wrong?" "What are human rights, and how do we determine them?" and "Do animals have rights as well?"

A more specific question could be: "If someone else can make better out of his/her life than I can, is it then moral to sacrifice myself for them if needed?" Without these questions there is no clear fulcrum on which to balance law, politics, and the practice of arbitration — in fact, no common assumptions of all participants—so the ability to formulate the questions are prior to rights balancing. But not all questions studied in applied ethics concern public policy. For example, making ethical judgments regarding questions such as, "Is lying always wrong?" and, "If not, when is it permissible?" is prior to any etiquette.

Often, questions of applied ethics take legal or political form before they are interpreted in frameworks of normative ethics. The UN Declaration of Universal Human Rights of 1948 and the Global Green Charter of 2001 are two such examples.

Ethics in politics and economics

Ethics has been applied to economics, politics and political science, leading to several distinct and unrelated fields of applied ethics, including business ethics, binary economics and Marxism. American corporate scandals such as the Enron scandal and Global Crossing are illustrative of the interplay between ethics and business. Ethical inquiries into the fraud perpetrated by corporate senior executive officers (e.g., Enron's Kenneth Lay) are a growing trend and the situational ethics of employees, no matter how junior, who follow their unreasonable and/or illegal directives has also come to the fore. It has been argued, based on the legal obligation of corporate executives to maximise shareholder value and the fact that organisations comprise multiple individuals and agendas, that ethical constraints do not apply to corporations.

Ethics has been applied to family structure, sexuality, and how society views the roles of individuals; leading to several distinct and unrelated fields of applied ethics, including feminism. Ethics has been applied to war, particularly to the justification of engaging in war, leading to positions such as pacifism, militarism and nonviolence. Bernard Crick in 1982 offered a socially-centred view, that politics was the only applied ethics, that it was how cases were really resolved, and that "political virtues" were in fact necessary in all matters where human morality and interests were destined to clash. The need to redefine and align politics away from ideology and towards dispute resolution was a motive for Crick's list of political virtues.

Ethics has been applied to analyse human use of Earth's limited resources. This has led to the study of environmental ethics and social ecology. A growing trend has been to combine the study of both ecology and economics to help provide a framework for analysing sustainability in environmental use. This has led to the theories of ecological footprint and bioregional autonomy. Political and social movements based on such ideas include eco-feminism, eco-anarchism, deep ecology, the green movement, and ideas about their possible integration into Gaia philosophy.

Ethics in the professions

There are several sub-branches of applied ethics examining the ethical problems of different professions, such as business ethics, medical ethics, journalism ethics, engineering ethics, museum ethics and legal ethics, while technology assessment and environmental assessment study the effects and implications of new technologies or projects on nature and society.

Each branch characterizes common issues and problems that arise in the ethical codes of the professions, and defines their common responsibility to the public, e.g. to preserve its natural capital, or to obey some social expectations of honest dealings and disclosure.

By the 1960s there was increased interest in moral reasoning. Psychologists such as Lawrence Kohlberg developed theories which are based on the idea that moral behavior is made possible by moral reasoning. Their theories subdivided moral reasoning into so-called stages, which refer to the set of principles or methods that a person uses for ethical judgment. The first and most famous theory of this type was Kohlberg's theory of moral development.

Carol Gilligan, a student of Kohlberg's, argued that women tend to develop through a different set of stages from men. Her studies inspired work on an ethic of care, which particularly defines itself against Rawlsian-type justice- and contract-based approaches.

Another group of influential psychological theories with ethical implications is the humanistic psychology movement. One of the most famous humanistic theories is Abraham Maslow's hierarchy of needs. Maslow argued that the highest human need is self-actualization, which can be described as fulfilling one's potential, and trying to fix what is wrong in the world. Carl Rogers's work was based on similar assumptions. He thought that in order to be a 'fully functioning person', one has to be creative and accept one's own feelings and needs. He also emphasized the value of self-actualization. A similar theory was proposed by Fritz Perls, who assumed that taking responsibility of one's own life is an important value.

R.D. Laing developed a broad range of thought on interpersonal psychology. This deals with interactions between people, which he considered important, for an ethical action always occurs between one person and another. In books such as The Politics of Experience, he dealt with issues concerning how we should relate to persons labeled by the psychiatric establishment as "schizophrenic". He came to be seen as a champion for the rights of those considered mentally ill. He spoke out against (and wrote about) practices of psychiatrists which he considered inhumane or barbaric, such as electric shock treatment. Like Wittgenstein, he was frequently concerned with clarifying the use of language in the field — for example, he suggested that the effects of psychiatric drugs (some of which are very deleterious, such as tardive dyskinesia) be called just that: "effects", and not be referred to by the preferred euphemisms of the drug companies, who prefer to call them "side effects". Laing also did work in establishing true asylums as places of refuge for those who feel disturbed and want a safe place to go through whatever it is they want to explore in themselves, and with others.

A third group of psychological theories that have implications for the nature of ethics are based on evolutionary psychology. These theories are based on the assumption that the behavior that ethics prescribe can sometimes be seen as an evolutionary adaptation. For instance, altruism towards members of one's own family promotes one's inclusive fitness.

On the other side of the evolutionary fence, Phil Roberts, Jr. has offered a view in which morality, and particularly the capacity for guilt, is viewed as a maladaptive byproduct of the evolution of rationality:

"Guilt is a maladaptive manifestation of our need to justify our existence, in this case by conforming to a shared subconscious theory of rationality in which 'being rational' is simply a matter of 'being objective', as exemplified in the moral maxim, 'Love (intrinsically value) your neighbor as you love (intrinsically value) yourself'. Although none of us can actually measure up to this standard, we nonetheless come to experience feelings of worthlessness (guilt) along with a corresponding reduction in the will to survive (depression) when we deviate from the standard to an unreasonable degree. In other words, the capacity to experience guilt (having a conscience) is a part of the price we humans have had to pay for having become a little too objective for our own good." [1]

Ethics has been applied to criminology leading to the field of criminal justice.