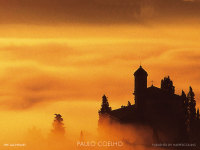 Fiction is an imaginative form of narrative, one of the four basic rhetorical modes. Although the word fiction is derived from the Latin fingo, fingere, finxi, fictum, "to form, create", works of fiction need not be entirely imaginary and may include real people, places, and events. Fiction may be written or oral or may be presented as a film or in theater or on radio or television. Although not all fiction is necessarily artistic, fiction is largely perceived as a form of art or entertainment. The ability to create fiction and other artistic works is considered to be a fundamental aspect of human culture, one of the defining characteristics of humanity.

Even among writing instructors and bestselling authors, there appears to be little consensus regarding the number and composition of the fundamental elements of fiction. For example: