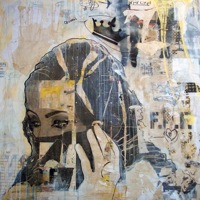 b (1) : something that flatters (2) : insincere or excessive praise

Flattery (also called adulation or blandishment) is the act of giving excessive compliments, generally for the purpose of ingratiating oneself with the subject.

Historically, flattery has been used as a standard form of discourse when addressing a king or queen. In the Renaissance, it was a common practice among writers to flatter the reigning monarch, as Edmund Spenser flattered Queen Elizabeth I in The Faerie Queene, William Shakespeare flattered King James I in Macbeth and Niccolò Machiavelli flattered Lorenzo II di Piero de' Medici, ruler of Florence and Duke of Urbino, in The Prince.

Most associations with flattery, however, are negative. Negative descriptions of flattery range at least as far back in history as The Bible. In the Divine Comedy, Dante depicts flatterers wading in human excrement, stating that their words were the equivalent of excrement, in the 8th Circle of Hell.

An insincere flatterer is a stock character in many literary works. Examples include Wormtongue from J. R. R. Tolkien's The Lord of the Rings, Goneril and Regan from King Lear, and Iago from Othello.

"To flatter" is also used to refer to artwork or clothing that makes the subject or wearer appear more attractive.