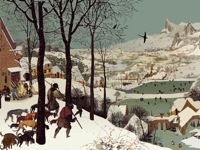 In architecture, a folly is a building actually constructed primarily for decoration, but either suggesting by its appearance some other purpose, or merely so extravagant that it transcends the normal range of garden ornaments or other class of building to which it belongs. In the original use of the word, these buildings had no other use, but from the 19-20th centuries the term was also applied to highly decorative buildings which had secondary practical functions such as housing, sheltering or business use. In the 18th century English gardens and French landscape gardening often featured Roman temples, which symbolized classical virtues or ideals. Other 18th century garden follies represented Chinese temples, Egyptian pyramids, ruined abbeys, or Tatar tents, to represent different continents or historical eras. Sometimes they represented rustic villages, mills and cottages, to symbolize rural virtues.

The concept of the folly is somewhat ambiguous, but they generally have the following properties: