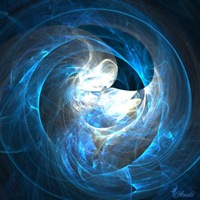 For lessons on the topic of Guardian Angels, follow this link.

When a mortal mind breaks through the inertia of animal legacy and attains the third circle of human intellectuality and acquired spirituality, a personal angel (in reality two) will henceforth be wholly and exclusively devoted to this ascending mortal. And thus these human souls, in addition to the ever-present and increasingly efficient indwelling Thought Adjusters, receive the undivided assistance of these personal guardians of destiny in all their efforts to finish the third circle, traverse the second, and attain the first.[Paper 113 - Seraphic Guardians of Destiny]