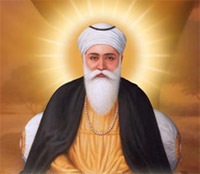 The word guru, a noun, means "teacher" in Sanskrit and in other languages derived from or borrowing words from Sanskrit, such as Hindi, Tamil, Kannada, Malayalam, Marathi, Bengali, Gujarati and Nepali.

A traditional etymology of the term "guru" is based on the interplay between darkness and light. The guru is seen as the one who "dispels the darkness of ignorance." In some texts it is described that the syllables gu (गु) and ru (रु) stand for darkness and light, respectively.[14]

In Western Esotericism and the Science of Religion, Pierre Riffard makes a distinction between "occult" and "scientific" etymologies, citing as an example of the former the etymology of 'guru' in which the derivation is presented as gu ("darkness") and ru ('to push away'); the latter he exemplifies by "guru" with the meaning of 'heavy'.

b : one who is an acknowledged leader or chief proponent
c : a person with knowledge or expertise : expert

A guru (Sanskrit: गुरु) is one who is regarded as having great knowledge, wisdom, and authority in a certain area, and who uses it to guide others (teacher). Other forms of manifestation of this principle can include parents, school teachers, non-human objects (books) and even one's own intellectual discipline, if the aforementioned are in a guidance role.

In the religious sense the term is commonly used in Hinduism, as well as in other Indian religions and new religious movements. Finding a true guru is often held to be a prerequisite for attaining self-realization. In contemporary India, the word guru is widely used with the general meaning of "teacher". In Western usage, the meaning of guru has been extended to cover anyone who acquires followers, though not necessarily in an established school of philosophy or religion. In a further Western extension, guru is used, or even misused from the original religious meaning, to refer to a person who has authority because of his or her perceived secular knowledge or skills, such as in business.[1]