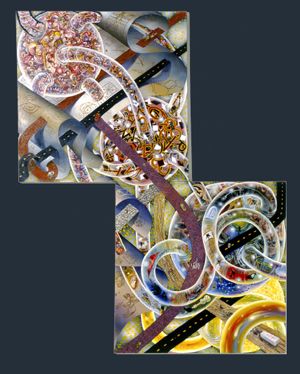 INTELLECT (Lat. intellectus, from intelligere, to understand), the general term for the mind in reference to its capacity for knowing or understanding. It is very vaguely used in common language. A man is described as "intellectual" generally because he is occupied with theory and principles rather than with practice, often with the further implication that his theories are concerned mainly with abstract matters: he is aloof from the world, and especially is a man of training and culture who cares little for the ordinary pleasures of sense.

"Intellect" is thus distinguished from "intelligence" by the field of its operations, "intelligence" being used in the practical sphere for readiness to grasp a situation. (The employment of the word as a synonym for "news" is mere journalese; such phrases as "Intelligence Department" in connexion with newspapers and public offices are more justifiable.) In philosophy the "intellect" is contrasted with the senses and the will; it sifts and combines sense-given data, which otherwise would be only momentary, lasting practically only as long as the stimuli continued to operate.

It thus includes the cognitive processes, and is the source of all real knowledge. Various attempts have been made to narrow the use of the term, e.g. to the higher regions of knowledge entirely above the region of sense (so Kant), or to conceptual processes; but no agreement has been reached. "Intellection" (i.e. the process as opposed to the capacity) has similarly been narrowed (e.g. by Professor James Ward) to the sphere of concepts; other writers, however, give it a much wider meaning. "Intellectualism" is a term given to any system which emphasizes the cognitive function; thus aesthetic intellectualism is that view of aesthetics which subordinates the sensual gratification or the delight in purely formal beauty to what may be called the ideal content. [1]