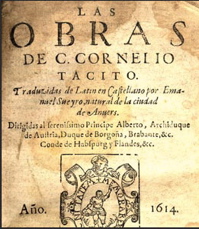 Latin is an ancient Indo-European language that was originally spoken in Latium, the region immediately surrounding Rome. It gained wide currency, especially in Europe, as the official language of the Roman Republic and Roman Empire, and, after Rome's conversion to Christianity, of the Roman Catholic Church. Principally through the influence of the Church, it became the language of later medieval European scholars and philosophers. Because Latin is a highly inflectional and synthetic language, word order is to some extent variable, compared with mostly analytic languages such as English, which has lost the ancient noun-case system inherited from Proto-Indo-European except in pronouns, although in prose the Romans tended to favor a SOV word order. Syntax is revealed through a systemic structure of affixes attached to word stems. The Latin alphabet, derived from the Etruscan and Greek alphabets (each of which is derived from the earlier Phoenician alphabet

Although now generally considered a dead language, of few fluent speakers and no native ones, Latin is still used by the Catholic Church. It has greatly influenced many living languages, including English, and is a source of vocabulary for science, academia, and law. Vulgar Latin, a dialect of Latin, is the ancestor of the Romance languages (Italian, French, Spanish, Portuguese, Romanian, Catalan, Romansh, and other regional languages or dialects from the same area), and many words adapted from Latin are found in other modern languages—including English, half of whose vocabulary is derived, directly or indirectly, from Latin. Latin's influence attests to its legacy as the lingua franca of the Western world for over a thousand years.

Latin is the official language of Vatican City and The Roman Rite of the Roman Catholic Church. It had been the primary liturgical language until just after the Second Vatican Council in the 1960s, when the various vernacular languages of its members were allowed in the liturgy. Classical Latin, the literary language of the late Republic and early Empire, is still taught in many primary, grammar, and secondary schools throughout the world, often combined with Greek in the study of Classics; but its role has diminished since the early 20th century.

In language, an alphabet represents the mechanism of materialism, while the words expressive of the meaning of a thousand thoughts, grand ideas, and noble ideals--of love and hate, of cowardice and courage--represent the performances of mind within the scope defined by both material and spiritual law, directed by the assertion of the will of personality, and limited by the inherent situational endowment.[1]