Difference between revisions of "Nurture" 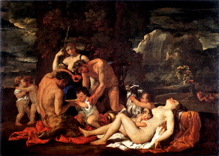 For lessons on the topic of Nurture, follow this lesson.

The nature versus nurture debate concerns the relative importance of an individual's innate qualities ("nature," i.e. nativism, or innatism) versus personal experiences ("nurture," i.e. empiricism or behaviorism) in determining or causing individual differences in physical and behavioral traits.

The phrase "Nature versus nurture" in its modern sense was coined by the English Victorian polymath Francis Galton in discussion of the influence of heredity and environment on social advancement, although the terms had been contrasted previously, for example by Shakespeare (in his play, The Tempest: 4.1). Galton was influenced by the book On the Origin of Species written by his cousin, Charles Darwin. The concept embodied in the phrase has been criticized for its binary simplification of two tightly interwoven parameters, as for example an environment of wealth, education and social privilege are often historically passed to genetic offspring.

The view that humans acquire all or almost all their behavioral traits from "nurture" was termed by philosopher John Locke tabula rasa ("blank slate") and proposes that humans develop from only environmental influences. This question was once considered to be an appropriate division of developmental influences, but since both types of factors are known to play such interacting roles in development, most modern psychologists and anthropologists consider the question naive—representing an outdated state of knowledge.

In the social and political sciences, the nature versus nurture debate may be contrasted with the structure versus agency debate (i.e. socialization versus individual autonomy). [1]