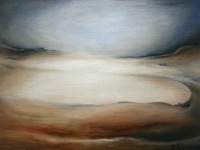 Omniscience (pronounced /ɒmˈnɪsiəns/)[1] (or Omniscient Point-of-View in writing) is the capacity to know everything infinitely, or at least everything that can be known about a character including thoughts, feelings, life and the universe, etc. In monotheism, this ability is typically attributed to God. The God of the Bible is often referred to as "The Great I Am," among other similar names, which also incorporates His omnipresence and omnipotence. This concept is included in the Qur'an, where God is called "Al-'aleem" on multiple occasions. This is the infinite form of the verb "alema" which means to know. In Hinduism, God is referred to as sarv-gyaata (omniscient), sarv-samarth (omnipotent) and sarv-vyapt (omnipresent) gyaata (knowing).

For lessons on the topic of Omniscience, follow this link.

There is a distinction between:

Some modern theologians argue that God's omniscience is inherent rather than total, and that God chooses to limit his omniscience in order to preserve the freewill and dignity of his creatures.[2] Certain theologians of the 16th Century, comfortable with the definition of God as being omniscient in the total sense, in order for worthy beings' abilities to choose freely, embraced the doctrine of predestination.

Nontheism often claims that the very concept of omniscience is inherently contradictory.

Some theists argue that God created all knowledge and has ready access thereto. This statement invokes a circular time contradiction: presupposing the existence of God, before knowledge existed, there was no knowledge at all, which means that God was unable to possess knowledge prior to its creation. Alternately if knowledge was not a "creation" but merely existed in God's mind for all time there would be no contradiction. In Thomistic thought, which holds God to exist outside of time due to his ability to perceive everything at once, everything which God knows in his mind already exists. Hence, God would know of nothing that was not in existence (or else it would exist), and God would also know everything that was in existence (or else it would not exist), and God would possess this knowledge of what did exist and what did not exist at any point in the history of time. It should be added that the above definitions cover what is called propositional knowledge (knowing that), as opposed to experiential knowledge (knowing how). That some entity is omniscient in the sense of possessing all possible propositional knowledge does not imply that it also possesses all possible experiential knowledge. Opinions differ as to whether the propositionally omniscient God of the theists is able to possess all experiential knowledge as well. But it seems at least obvious that a divine infinite being conceived of as necessary infinitely knowledgeable would also know how, for example, a finite person [man] dying feels like as He [God] would have access to all knowledge including the obvious experiences of the dying human. There is a third type of knowledge: practical or procedural knowledge (knowing how to do). If omniscience is taken to be all knowledge then all knowledge of all types would be fully known and comprehended.

A related but distinct ability is omnipotence (unlimited power). Omniscience is sometimes understood to also imply the capacity to know everything that will be.

Foreknowledge and its compatibility with free will has been a debated topic by theists and philosophers. The argument that divine foreknowledge is not compatible with free will is known as theological fatalism. If man is truly free to choose between different alternatives, it is very difficult to understand how God could know in advance which way he will choose.[3] Various responses have been proposed:

Omniscience is also studied in game theory, where it is not necessarily an advantageous quality if one's omniscience is a published fact. For example, in the game of chicken: two people each drive a car towards the other. The first to swerve to avoid a collision loses. In such a game, the optimal outcome is to have your opponent swerve. The worst outcome is when nobody swerves. But if A knows that B is in fact omniscient, then A will simply decide to never swerve since A knows B will know A's logical decision and B will be forced to swerve to avoid a collision — this is assuming each player is logical and follows optimal strategy.[8]

Omniscience is also used in the field of literary analysis and criticism, referring to the point of view of the narrator. An omniscient narrator is almost always a third-person narrator, capable of revealing insights into characters and settings that would not be otherwise apparent from the events of the story and which no single character could be aware of.