Difference between revisions of "Periodical" 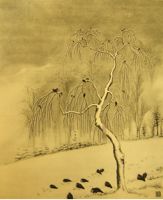 The various elements that contribute to the production of magazines can vary wildly. Core elements such as publishing schedules, formats and target audiences are seemingly infinitely variable. Typically, magazines which focus primarily on current events, such as Newsweek or Entertainment Weekly, are published weekly or biweekly. Magazines with a focus on specific interests, such as Life Positive and Cat Fancy, may be published less frequently, such as monthly, bimonthly or quarterly. A magazine will usually have a date on the cover which often is later than the date it is actually published. Current magazines are generally available at bookstores and newsstands, while subscribers can receive them in the mail. Many magazines also offer a 'back issue' service for previously published editions.

Most magazines produced on a commercial scale are printed using a web offset process. The magazine is printed in sections, typically of 16 pages, which may be black-and-white, be in full colour, or use spot colour. These sections are then bound, either by stapling them within a soft cover in a process sometimes referred to as 'saddle-stitching', or by gluing them together to form a spine, a process often called 'perfect-binding'.

Most magazines are available in the whole of the country in which they are published, although some are distributed only in specific regions or cities. Others are available internationally, often in different editions for each country or area of the world, varying to some degree in editorial and advertising content but not entirely dissimilar

Although similar to a magazine in some respects, an academic periodical featuring scholarly articles written in a more specialist register is usually called an "academic journal". Such publications typically carry little or no advertising. Articles are vetted by referees or a board of esteemed academics in the subject area.

Periodical is the word usually used to describe magazines, journals, newspapers, newsletters, and anything else that is published in regular intervals for an indefinite period of time, but serial is sometimes used, especially in library and information science.

Many weekend newspapers incorporate magazine supplements, such as Parade and LIFE in its most recent incarnation, both in the USA, and the Sunday Times Magazine in the UK.

The Gentleman's Magazine, first published in 1731, is considered to have been the first general-interest magazine. The oldest consumer magazine still in print is The Scots Magazine, which was first published in 1739, though multiple changes in ownership and gaps in publication totaling over 90 years weaken that claim. Lloyd’s List was founded in Edward Lloyd’s London coffee shop in 1734; it is still published as a daily business newspaper.

Although it will not appear on top seller lists, since it is distributed for free, the most widely distributed magazine in the world is Awake! (founded in 1919). Its worldwide circulation including all editions comprises 34.3 million copies.