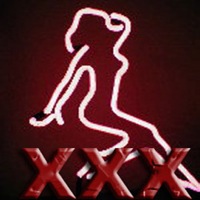 The word is similar to the modern Greek πορνογραφία (pornographia), which derives from the Greek words πόρνη (pornē, "prostitute" and πορνεία - pornea, "prostitution"), and γράφειν (graphein, "to write or to record", derived meaning "illustration", cf. "graph"), and the suffix -ία (-ia, meaning "state of", "property of", or "place of"), thus meaning "a written description or illustration of prostitutes or prostitution". No date is known for the first use of the word in Greek.

"Pornographie" was in use in the French language during the 1800s. The word did not enter the English language as the familiar conjunction until 1857 or as a French import in New Orleans in 1842.

For lessons on the topic of Pornography, follow this link.

Pornography is often distinguished from erotica, which consists in the portrayal of sexuality with high-art aspirations, focusing also on feelings and emotions, while pornography involves the depiction of acts in a sensational manner, with the entire focus on the physical act, so as to arouse quick intense reactions. A distinction is also made between hardcore and softcore pornography. Softcore pornography can generally be described as focusing on nude modeling and suggestive, but not explicit, simulations of sexual intercourse, whereas hardcore pornography explicitly showcases penetrative intercourse. The consumers of porn (particularly hardcore) are assumed to be men, and thus most production targets their presumed tastes.