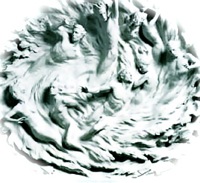 In history, progress is the idea of an advance that occurs within the limits of collective morality and knowledge of its respective environment. Progress is not necessarily a monotonically increasing advance. The idea of eternal progress is in opposition to the cyclic theory of eternal return or eternal recurrence, which implies that with a finite amount of space and energy in the universe, all events will recur indefinitely.

The idea of progress is often associated with the Western notion of a straight linear direction as developed by Aristotle, or the more complex notion as developed by Plato. Both versions are found in Judeo-Christian doctrine. The idea spread during the Renaissance in early modern Europe, marking the end of the static view of history and society which characterized feudalism. Belief in progress was a dominant paradigm in the 18th and 19th centuries, and the Industrial Revolution.

For lessons on the topic of Progress, follow this link.

Historian J. B. Bury argued that thought in ancient Greece was dominated by the theory of world-cycles or the doctrine of eternal return, and was steeped in a belief parallel to the Judaic "fall of man," but rather from a preceding "Golden Age" of innocence and simplicity. Time was generally regarded as the enemy of humanity which depreciates the value of the world. He credits the Epicureans with having had a potential for leading to the foundation of a theory of Progress through their materialistic acceptance of the atomism of Democritus as the explanation for a world without an intervening Deity. "For them, the earliest condition of men resembled that of the beasts, and from this primitive and miserable condition they laboriously reached the existing fragile state of civilization, not by external guidance or as a consequence of some initial design, but simply by the exercise of human intelligence throughout a long period."

Robert Nisbet and Gertrude Himmelfarb have attributed a notion of progress to other Greeks. Xenophanes said "The gods did not reveal to men all things in the beginning, but men through their own search find in the course of time that which is better." Plato's Book III of The Laws depicts humanity's progress from a state of nature to the higher levels of culture, economy, and polity. Plato's The Statesman also outlines a historical account of the progress of mankind.

Bernard le Bovier de Fontenelle argued in favor of progress with respect to arts and the sciences, saying that each age has the advantage of not having to rediscover what was accomplished in preceding ages.

J. B. Bury wrote, "To the minds of most people the desirable outcome of human development would be a condition of society in which all the inhabitants of the planet would enjoy a perfectly happy existence." "...it cannot be proved that the unknown destination towards which man is advancing is desirable. The movement may be Progress, or it may be in an undesirable direction and therefore not Progress." "...the Progress of humanity belongs to the same order of ideas as Providence or personal immortality. It is true or it is false, and like them it cannot be proved either true or false. Belief in it is an act of faith." However, he also noted that "...the POSSIBILITY of Progress is guaranteed by the high probability, based on astro-physical science, of an immense time to progress in." "...you have not got the idea of Progress until you go on to conceive that it is destined to advance indefinitely in the future." Robert Nisbet in his History of the Idea of Progress defined five "crucial premises" of progress: value of the past nobility of Western civilization worth of economic/technological growth faith in reason and scientific/scholarly knowledge obtained through reason intrinsic importance and worth of life on earth.

This ancient culture (China) has contributed much to human happiness; millions of human beings have lived and died, blessed by its achievements. For centuries this great civilization has rested upon the laurels of the past, but it is even now reawakening to envision anew the goals of mortal existence, once again to take up the unremitting struggle for never-ending progress.[1]

1. Progression or advancement through a process, a sequence of events, a period of time, etc.; movement towards an outcome or conclusion. in progress: in the process of happening or being carried out.
2. spec. Advancement to a further or higher stage, or to further or higher stages successively; growth; development, usually to a better state or condition; improvement; an instance of this. Freq. to make progress. In later use applied esp. to manifestations of social and economic change or reform.
3. An act of proceeding or coming from a source. Obs. rare.
4. Sc. Law. An unbroken series of possessors, tenants, etc., extending over several years, which sufficiently constitutes a valid and effectual title to property or land. Often in progress of (title) deeds (also progress of titles): a series of title deeds extending in such a way. Now hist. heir (and successor, etc.) by progress: an heir who inherits under a progress of title.

5. a. An official journey, tour, or visit made by a monarch, church dignitary, or person of noble birth or high office. Also: the official tour made by judges and others, a circuit; an official visitation of its estates by an Oxford or Cambridge college.
b. A state procession. Also in extended use. Now hist.

a. The action of stepping or marching forward or onward; onward march; journeying, travelling, travel; (also) an instance of this; a journey, an expedition. Now rare.
b. Onward movement following a prescribed course, in a specific direction, or towards a particular place.
c. Motion forwards, as opposed to rest or regress; advance. Also in figurative contexts.
d. A region or distance traversed. Obs. rare.