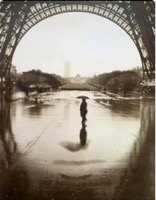 b : knowledge or feeling that someone or something present has been encountered before

Plato can be said to have believed that humans learn entirely through recollection. He thought that humans already possessed knowledge, and that they only had to be led to discover what they already knew. In the Meno, Plato used the character of Socrates to ask a slave boy questions in an excellent demonstration of the Socratic method until the slave boy came to understand a square root without Socrates providing him with any information.

After witnessing the example with the slave boy, Meno tells Socrates that he thinks that Socrates is correct in his theory of recollection, to which Socrates replies, “I think I am. I shouldn’t like to take my oath on the whole story, but one thing I am ready to fight for as long as I can, in word and act—that is, that we shall be better, braver, and more active men if we believe it right to look for what we don’t know...” (Meno, 86b).