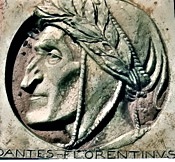 A reference, or a references point, is the intensional use of one thing, a point of reference or reference state, to indicate something else. When reference is intended, what the reference points to is called the referent.

References are indicated by sounds (like onomatopoeia), pictures (like roadsigns), text (like bibliographies), indexes (by number) and objects (a wedding ring); but endless concrete and abstract methods can be used intentionally. This includes methods that intentionally hide the reference from some observers, as in cryptography. The following sections give specific usages of reference in different subjects.

In academics and scholarship, an author-title-date information in bibliographies and footnotes, specifying complete works of other people. Copying of material by another author without proper citation or without required permissions is plagiarism.

Keeping a diary] allows an individual to use references for personal organization, whether or not anyone else understands the systems of reference used. However, scholars have studied methods of reference because of their key role in communication and co-operation between different people, and also because of misunderstandings that can arise. Modern academic study of reference has been developing since the 19th Century.[1]

In academic literature, a reference is a previously published written work within academic publishing that has been used as a source for theory or claims referred to that are used in the text. References contain complete bibliographic information so the interested reader can find them in a library. References can be added either at the end of the publication or as footnotes.

In publishing, a reference is citation of a work, in a footnote, from which an idea was taken.

In scholarship, a reference may be a citation of a text that has been used in the creation of a piece of work such as an essay, report, or oration. Its primary purpose is to allow people who read such work to examine the author's sources, either for validity or to learn more about the subject. Such items are often listed at the end of an article or book in a section marked "Bibliography" or "References". A bibliographical section often contains works not cited by the author, but used as background reading or listed as potentially useful to the reader. A reference section contains all of the works and only those works cited by the author(s) in the main text.

In semantics, reference is generally construed as the relationships between nouns or pronouns and objects that are named by them. Hence, the word "John" refers to John. The word "it" refers to some previously specified object. The object referred to is called the "referent" of the word.[2] Sometimes the word-object relation is called "denotation"; the word denotes the object. The converse relation, the relation from object to word, is called "exemplification"; the object exemplifies what the word denotes. In syntactic analysis, if a word refers to a previous word, the previous word is called the "antecedent".

Gottlob Frege argued that reference cannot be treated as identical with meaning: "Hesperus" (an ancient Greek name for the evening star) and "Phosphorus" (an ancient Greek name for the morning star) both refer to Venus, but the astronomical fact that '"Hesperus" is "Phosphorus"' can still be informative, even if the "meanings" of "Hesperus" and "Phosphorus" are already known. This problem led Frege to distinguish between the sense and reference of a word. Some cases seem to be too complicated to be classified within this framework; the acceptance of the notion of secondary reference may be necessary to fill the gap.

Words can often be meaningful without having a referent. Fictional and mythological names such as "Bo-Peep" and "Hercules" illustrate this possibility. For those who argue that one cannot directly experience the divine (e.g. God), the sign "God" can serve as an example of a reference with an absent referent. Additionally, certain sects of Judaism and other religions consider it sinful to write, discard, or deface the name of the divine. To avoid this problem, the signifier G-d is sometimes used, though this could be seen as a sign that refers to another sign with an absent referent. In mathematics, the absent referent can be seen with the symbol for zero, "0" or the empty set, "{ }".

The semantic sign can be considered a subset of a more general concept, the linguistic sign, first elucidated by Ferdinand de Saussure. A sign contains two parts, the signified (a thought that represents an object), and the signifier (the sound or written word). Both have a referent (the actual physical object). The sign is a building block for texts that supplies sound and meaning. The smallest building block is called a morpheme and may be lexical (or referential, carrying a lexical or encyclopedic meaning, i.e. refer to real-life entities). This kind of extra-linguistic reference is called deixis after a Greek word meaning "to point". In contrast, grammatical morphemes express reference to more abstract categories such as time (tense) or location (locative). Certain parts of speech exist only to express reference, viz. anaphora, i.e., typically pronouns. The subset of reflexives express co-reference of agent (actor) and patient (acted on), as in "The man washed himself".

In a library, "reference" may refer to a dictionary, an encyclopedia or other reference work, that contains many brief articles that cover a broad scope of knowledge in one book, or a set of books. However, the word reference is also used to mean a book that cannot be taken from the room, or from the building. Many of the books in the reference department of a library are reference works, but some are books that are simply too large or valuable to loan out. Conversely, selected reference works may be shelved with other circulating books, and may be loaned out.

References to many types of printed matter may come in an electronic or machine-readable form. For books, there exists the ISBN and for journal articles, the Digital object identifier (DOI) is gaining relevance. Information on the Internet may be referred to by a Uniform Resource Identifier (URI).

Librarians also conduct reference interviews at library reference desks, to help people find the information they seek. Help may also be available outside the library though virtual reference and digital reference services.