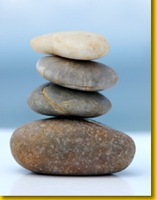 Reputation is the opinion (more technically, a social evaluation) of the public toward a person, a group of people, or an organization. It is an important factor in many fields, such as education, business, online communities or social status.Reputation can be considered as a component of the identity as defined by others.

For lessons addressing the topic of Reputation, follow this link.

Reputation is known to be a ubiquitous, spontaneous and highly efficient mechanism of social control in natural societies. It is a subject of study in social, management and technological sciences. Its influence ranges from competitive settings, like markets, to cooperative ones, like firms, organisations, institutions and communities. Furthermore, reputation acts on different levels of agency, individual and supra-individual. At the supra-individual level, it concerns groups, communities, collectives and abstract social entities (such as firms, corporations, organizations, countries, cultures and even civilizations). It affects phenomena of different scale, from everyday life to relationships between nations. Reputation is a fundamental instrument of social order, based upon distributed, spontaneous social control.

Concern over reputation is sometimes considered a human fault, exaggerated in importance due to the fragile nature of the human ego. William Shakespeare provides the following insight from Othello:

Iago: As I am an honest man, I thought you had received some bodily wound; there is more offence in that than in reputation. Reputation is an idle and most false imposition; oft got without merit, and lost without deserving: you have lost no reputation at all, unless you repute yourself such a loser. -Shakespeare, Othello, the Moor of Venice Act II. Scene III, 225-226.