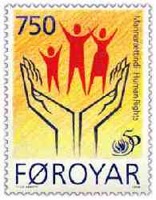 Rights are variously construed as legal, social, or moral freedoms to act or refrain from acting, or entitlements to be acted upon or not acted upon. While the concept is fundamental to civilized societies, there is considerable disagreement about what is meant precisely by the term rights. It has been used by different groups and thinkers for different purposes, with different and sometimes opposing definitions, and the precise definition of the concept, beyond having something to do with normative rules of some sort or another, is controversial. Nevertheless, the concept of rights is of vital importance in such disciplines as law and ethics, especially theories of justice and deontology.

For lessons on the topic of Rights, follow this link.

One way to look at different senses of the term of rights is to examine contrasting ideas about the concept.

Some see rights in only one sense while others accept that both senses have a measure of validity. There has been considerable philosophical debate about these senses throughout history. For example, Jeremy Bentham believed that legal rights were the essence of rights, and he denied the existence of natural rights; whereas Thomas Aquinas held that rights purported by positive law but not grounded in natural law were not properly rights at all, but only a facade or pretense of rights.[1]