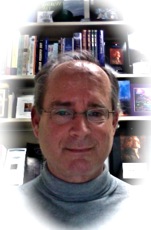 Established this network to explore the spiritual counterpart of advancing material knowledge without regard to religion, race, gender, nationality, or political party. Responsible for design and development of digital archives, communications, and public relations.

Designed Nordan Symposia as an intellectual framework within which to foster deeper inquiry into the origin, nature, and destiny of humanity through broad inter-disciplinary studies.

Founded Daynal Institute Press to support and extend the work of a growing body of teachers, seen and unseen, devoted to spiritual education in the context of advancing planetary evolution.

While at Cambridge, I managed the Press’ largest wholesale and retail accounts; identified early and then developed Amazon.com into the most important account in the world for the oldest Press in the world. During this time, I pioneered the use of a digital bibliographic format (ONIX) that is now the global standard, negotiated an historic marketing contract that changed the manner in which books are sold, and served on the committee which directed UK Senior Management in EDI development.

I was born November 20, 1953 in Nashville, Tennessee amidst the darkness of a world segregated between peoples based upon their outward appearance and where religion was used to legally enforce such a condition of alienation from one another. As I grew, a war between worlds ensued, each struggling to justify their respective claims of preeminence as a wave of accelerated cultural (r)evolution moved through all institutions of society. These lines of conflict though were vividly drawn in my life by my father who in effect defended the status quo and my mother who fought to transform it.

The open war that raged outside our home was carried on more intensely inside our domestic walls intended otherwise to nurture little ones in an atmosphere of love. Amidst the surrounding explosive cultural and political atmosphere, in our home, these fires were fueled further by the abuse of alcohol destroying from within what was not being injured from without. This battle raged for years through my childhood and into adolescence until my parents divorced and my siblings were separated from one another. It seemed an act of grace which spared me from being officially orphaned and instead sent me away to an unusual boarding school founded by the The Order of the Holy Cross, the first Protestant monastic community to operate in the United States. It was here that I fell in love with learning while being systematically exposed to the idea of God's love as a guiding force in the world. Some of these monks were very highly educated, and I did not appreciate at the time how atypical it was for them to represent some of the most progressive forces for political transformation.

Not all the teachers were monks though, and of these, several left their unique signatures upon the path of my intellectual and spiritual growth. One was a beloved English teacher who inspired my study of Transcendentalism and an investigation into experimental learning communities while another was a Physics teacher who challenged us with a survey comparing the virtually indistinguishable musings of mystics and physicists. Otherwise, our regular Theology courses were preoccupied with the study of Rock music especially the operas Hair, Jesus Christ Superstar, and Tommy all the while exploring the ascendancy of film as the story telling medium of our age. My graduation and departure from this community where I served as President of a short lived experiment with students and faculty sharing the power of governance with the official school administration left me bereft of the only place which up to that time I had ever felt at home.

I entered college where I focused upon the study of Existential Philosophy, and during the course of my visits to experimental learning laboratories, discovered the healing power of music in a child who when exposed to certain tones, spoke for the first time after being born mute. During this first college year, amidst what little leisure time I found for browsing the Vanderbilt Divinity School Library, I discovered the Urantia Papers, and there began their study while simultaneously beginning the practice of a Hindu form of meditation.

It was little surprise that I considered a monastic vocation and oriented myself accordingly, but I found unsatisfying the atheistic theology of the death of God movement, then dominant in many of the more influential universities, and it was only after being exposed to the reality of mindal connections indigenous to the presence of what I now recognize as our Universe Mother Spirit during a conversation with friends, that I undertook a devotion to attunement which required my departure from formal studies.

For several years afterwards, I satisfied myself living in a rural environment, focused upon attunement and study while supporting myself laboring in a horticultural nursery. I thought then that it was best to avoid marriage even while I prayed for the healing of the many homes in this world, torn much as my native family had been. As God and my dear grandparents through whom he worked to heal my shattered heart would have it though, I came to understand that if my prayer for the families of this world were to be answered, I would have to join him accepting the challenge of human love introduced to me in the form of my beloved wife of 29 years now with whom I have given two children into the adventure of navigating the sea of love, human and divine.

Almost all 29 years of our married life, I made a living in the book business where I felt free to indulge intellectual curiosity without such interests being held hostage to economic rationalization, or so I once reasoned. Naturally, I wrestled with the conundrums of balancing professional demands with domestic priorities while learning how the different worlds of men and women will forever challenge us, even to Paradise. During this demanding term of life, I had the privilege of working with many small presses devoted to a broad range of spiritual thought before joining in the work of the oldest academic press in this world where books continue to be published that represent the best research our world conducts in nearly every field of study.

A few years ago, after our second child left for college, I discovered the possibility for reassignment in my work enabling me to live closer to our extended families while homesteading in the Blue Ridge Mountains of North Carolina on an old farm where we hope to welcome our children and any others seeking the surroundings of nature to explore a greater opportunity to listen to the voice of our Father within.