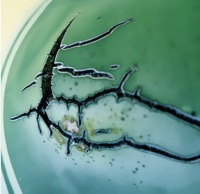 Stress is a biological term which refers to the consequences of the failure of a human or animal body to respond appropriately to emotional or physical threats to the organism, whether actual or imagined. It is "the autonomic response to environmental stimulus."

It includes a state of alarm and adrenaline production, short-term resistance as a coping mechanism, and exhaustion. It refers to the inability of a human or animal body to respond. Common stress symptoms include irritability, muscular tension, inability to concentrate and a variety of physical reactions, such as headaches and elevated heart rate.<ref> Stress can occur in a variety of methods, including anxiety. Anxiety is a form of stress but may have diffrent symptoms, and diffent bodily reactions.[1]

For lessons on the topic of Stress, follow this link.

The term "stress" was first used by the endocrinologist Hans Selye in the 1930s to identify physiological responses in laboratory animals. He later broadened and popularized the concept to include the perceptions and responses of humans trying to adapt to the challenges of everyday life. In Selye's terminology, "stress" refers to the reaction of the organism, and "stressor" to the perceived threat.

Stress in certain circumstances may be experienced positively. It can be an adaptive response prompting the activation of internal resources to meet challenges and achieve goals.

The term is commonly used by laypersons in a metaphorical rather than literal or biological sense, as a catch-all for any perceived difficulties in life. It also became a euphemism, a way of referring to problems and eliciting sympathy without being explicitly confessional, just "stressed out".

It covers a huge range of phenomena from mild irritation to the kind of severe problems that might result in a real breakdown of health. In popular usage almost any event or situation between these extremes could be described as stressful.[15]

Signs of stress may be cognitive, emotional, physical or behavioral and include (but are not limited to) symptoms such as: poor judgment, a general negative outlook, excessive worrying, moodiness, irritability, agitation, inability to relax, feeling overwhelmed, feeling lonely or isolated, depressed, aches and pains, diarrhea or constipation, nausea, dizziness, chest pain, rapid heartbeat, eating too much or not enough, sleeping too much or not enough, withdrawing from others, procrastinating or neglecting responsibilities, using alcohol, cigarettes, or drugs to relax, and nervous habits (e.g. nail biting, pacing).

Hans Selye researched the effects of stress on rats and other animals by exposing them to unpleasant or harmful stimuli. He found that all animals presented a very similar series of reactions, broken into three stages. In 1936, he described this universal response to the stressors as the general adaptation syndrome, or GAS.[2], Chronic Fatigue Unmasked, by Dr. Gerald E. Poesnecker, February 1999 (ISBN 0916285618)

The result can manifest itself in obvious illnesses such as ulcers, depression, diabetes, trouble with the digestive system or even cardiovascular problems, along with other mental illnesses.

Hans Selye published in 1975 a model dividing stress into eustress and distress. Where stress enhances function (physical or mental, such as through strength training (or challenging work) it may be considered "eustress". Persistent stress that is not resolved through coping or adaptation, deemed "distress", may lead to anxiety or withdrawal (depression) behavior.

The difference between experiences which result in eustress or distress is determined by the disparity between an experience (real or imagined), personal expectations, and resources to cope with the stress. Alarming experiences, either real or imagined, can trigger a stress response.

Lazarus argued that in order for a psychosocial situation to be stressful, it must be appraised as such. He argued that cognitive processes of appraisal are central in determining whether a situation is potentially threatening, constitutes a harm/loss, a challenge, or is benign.

In other words, primary appraisal also includes the perception of how stressful the problem is; realizing that one has more than or less than adequate resources to deal with the problem affects the appraisal of stressfulness. Further, coping is flexible in that the individual generally examines the effectiveness of the coping on the situation; if it is not having the desired effect, s/he will generally try different strategies.

The neurochemistry of the stress response is now believed to be well understood, although much remains to be discovered about how the components of this system interact with one another, in the brain and throughout in the body. In response to a stressor, corticotropin-releasing hormone (CRH) and arginine-vasopressin (AVP) are secreted into the hypophyseal portal system and activate neurons of the paraventricular nuclei (PVN) of the hypothalamus.

The locus ceruleus and other noradrenergic cell groups of the adrenal medulla and pons, collectively known as the Norepinephrine system (LC/NE system), also become active and use brain epinephrine to execute autonomic and neuroendocrine responses, serving as a global alarm system.

This results in release of adrenocorticotropic hormone (ACTH) from the pituitary into the general bloodstream, which results in secretion of cortisol and other glucocorticoids from the adrenal cortex. These corticoids involve the whole body in the organism's response to stress and ultimately contribute to the termination of the response via inhibitory feedback.

Stress can significantly affect many of the body's immune systems, as can an individual's perceptions of, and reactions to, stress. The term psychoneuroimmunology is used to describe the interactions between the mental state, nervous and immune systems, as well as research on the interconnections of these systems.

Chronic stress has also been shown to impair developmental growth in children by lowering the pituitary gland's production of growth hormone, as in children associated with a home environment involving serious marital discord, alcoholism, or child abuse.

Both negative and positive stressors can lead to stress. Some common categories and examples of stressors include: sensory input such as pain, bright light, or environmental issues such as a lack of control over environmental circumstances, such as food, housing, health, freedom, or mobility.

Social issues can also cause stress, such as struggles with difficult individuals and social defeat, or relationship conflict, deception, or break ups, and major events such as birth and deaths, marriage, and divorce.

Adverse experiences during development (e.g. prenatal exposure to maternal stress, are thought to contribute to deficits in the maturity of an individual's stress response systems. One evaluation of the different stresses in people's lives is the Holmes and Rahe stress scale.

Responses to stress include adaptation, psychological coping such as [stress management]], anxiety, and depression. Over the long term, distress can lead to diminished health or illness; to avoid this, stress must be managed.

Stress management encompasses techniques intended to equip a person with effective coping mechanisms for dealing with psychological stress, with stress defined as a person's physiological response to an internal or external stimulus that triggers the fight-or-flight response. Stress management is effective when a person utilizes strategies to cope with or alter stressful situations.

There are several ways of coping with stress, such as controlling the source of stress or learning to set limits and to say "No" to some demands that bosses or family members may make.

The term "stress" had none of its current general senses before the 1950s. As a semi-psychological term referring to hardship or coercion, it dated from the 14th century. It is a form of theMiddle English destresse, derived via Old French from the Latin stringere – to draw tight.Coping and stress: a conceptual analysis

It had long been in use in physics to refer to the internal distribution of a force exerted on a material body, resulting in strain. In the 1920s and 1930s, the term was occasionally being used in psychological circles to refer to a mental strain or unwelcome happening, and by advocates of holistic medicine to refer to a harmful environmental agent that could cause illness. Walter Cannon used it in 1934 to refer to external factors that disrupted what he called "homeostasis".

A new scientific usage developed out of Hans Seyle's reports of his laboratory experiments in the 1930s. Selye started to use the term to refer not just to the agent but to the state of the organism as it responded and adapted to the environment. His theories of a universal non-specific stress response attracted great interest and contention in academic physiology and he undertook extensive research programmes and publication efforts.Putting Stress in Life: Hans Selye and the Making of Stress Theory

However, while the work attracted continued support from advocates of psychosomatic medicine, many in experimental physiology concluded that his concepts were too vague and unmeasurable. During the 1950s Selye turned away from the laboratory to promote his concept through popular books and lectures tours.

The US military became a key center of stress research, attempting to understand and reduce combat neurosis and psychiatric casualties. Seyle wrote for both non-academic physicians and, in an international bestseller titled "Stress of Life", for the general public.

A broad biopsychosocial concept of stress and adaptation offered the promise of helping everyone achieve health and happiness by successfully responding to changing global challenges and the problems of modern civilization. He coined the term "eustress" for positive stress, by contrast to distress.

He argued that all people have a natural urge and need to work for their own benefit, a message that found favor with industrialists and governments. He also coined the term "stressor" to refer to the causative event or stimulus, as opposed to the resulting state of stress.

From the late 1960s, Selye's concept started to be taken up by academic psychologists, who sought to quantify "life stress" by scoring significant life events", and a large amount of research was undertaken to examine links between stress and disease of all kinds. By the late 1970s stress had become the medical area of greatest concern to the general population, and more basic research was called for to better address the issue.

There was renewed laboratory research into the neuroendocrine, molecular and immunological bases of stress, conceived as a useful heuristic not necessarily tied to Selye's original hypotheses. By the 1990s, "stress" had become an integral part of modern scientific understanding in all areas of physiology and human functioning, and one of the great metaphors of Western life. Focus grew on stress in certain settings, such as the workplace from which stress management techniques were developed.

Its psychological uses are frequently metaphorical rather than literal, used as a catch-all for perceived difficulties in life. It also became a euphemism, a way of referring to problems and eliciting sympathy without being explicitly confessional, just "stressed out".

It covers a huge range of phenomena from mild irritation to the kind of severe problems that might result in a real breakdown of health. In popular usage almost any event or situation between these extremes could be described as stressful.

The most extreme events and reactions may elicit the diagnosis of Posttraumatic stress disorder (PTSD), an anxiety disorder that can develop after exposure to one or more terrifying events that threatened or caused grave physical harm. PTSD is a severe and ongoing emotional reaction to an extreme psychological trauma; as such, it is often associated with soldiers, police officers, and other emergency personnel.

This stressor may involve viewing someone's actual death, a threat to the patient's or someone else's life, serious physical injury, or threat to physical or psychological integrity, overwhelming usual psychological defenses coping. In some cases it can also be from profound psychological and emotional trauma, apart from any actual physical harm. Often, however, the two are combined.