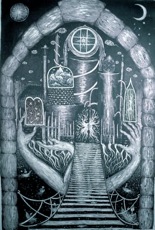 The term subconscious is defined as existing or operating in the mind beneath or beyond conscious awareness. The word was coined by the psychologist Pierre Janet, who credited it with a hidden level of awareness and automatism. In the strict psychological sense, the adjective is defined as "operating or existing outside of consciousness".A Dictionary of Psychology Andrew M. Colman. Oxford University Press, 2006. Oxford Reference Online. Oxford University Press. King's College London. The term also appears in Sigmund Freud's very early work, to denote the unconscious mind but was soon eliminated due to its ambiguity.ibid It may also be used to describe the preconscious, information contained in the mind, which although not presently in the conscious, may be recalled by "directing attention to them", such as memories not being recalled at present, but still available to be recalled at will. Use of the term "subconscious" is avoided in academic settings ibid despite remaining popular in common use.