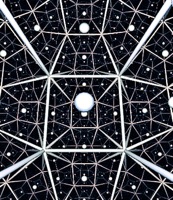 The term theory has two broad sets of meanings, one used in the empirical sciences (both natural and social) and the other used in philosophy, mathematics, logic, and across other fields in the humanities. There is considerable difference and even dispute across academic disciplines as to the proper usages of the term. What follows is an attempt to describe how the term is used, not to try to say how it ought to be used.

Although the scientific meaning is by far the more commonly used in academic discourse, it is hardly the only one used, and it would be a mistake to assume from the outset that a given use of the term "theory" in academic literature or discourse is a reference to a scientific or empirically-based theory.

Even so, since the use of the term theory in scientific or empirical inquiry is the more common one, it will be discussed first. (Other usages follow in the section labeled "Theories formally and generally.")

A theory, in the scientific sense of the word, is an analytic structure designed to explain a set of empirical observations. A scientific theory does two things:

In the scientific or empirical tradition, the term "theory" is reserved for ideas which meet baseline requirements about the kinds of empirical observations made, the methods of classification used, and the consistency of the theory in its application among members of the class to which it pertains. These requirements vary across different scientific fields of knowledge, but in general, theories are expected to be functional and parsimonious: i.e. a theory should be the simplest possible tool that can be used to effectively address the given class of phenomena.

Theories are distinct from theorems: theorems are derived deductively from theories according to a formal system of rules, generally as a first step in testing or applying the theory in a concrete situation. Theories are abstract and conceptual, and to this end they are never considered right or wrong. Instead, they are supported or challenged by observations in the world. They are 'rigorously tentative', meaning that they are proposed as true but expected to satisfy careful examination to account for the possibility of faulty inference or incorrect observation. Sometimes theories are falsified, meaning that an explicit set of observations contradicts some fundamental assumption of the theory, but more often theories are revised to conform to new observations, by restricting the class of phenomena the theory applies to or changing the assertions made. Sometimes a theory is set aside by scholars because there is no way to examine its assertions analytically; these may continue on in the popular imagination until some means of examination is found which either refutes or lends credence to the theory.

The word 'theory' is generally considered to derive from Greek θεωρία theoria (Jerome), Greek "contemplation, speculation", from θεωρός "spectator", θέα thea "a view" + ὁρᾶν horan "to see", literally "looking at a show".[1] A second possible etymology traces the word back to το θείον to theion "divine things" instead of thea, reflecting the concept of contemplating the divine organisation (Cosmos) of the nature. The word has been in use in English since at least the late 16th century.[2]

Theories are analytical tools for understanding, explaining, and making predictions about a given subject matter. There are theories in many and varied fields of study, including the arts and sciences. A formal theory is syntactic in nature and is only meaningful when given a semantic component by applying it to some content (i.e. facts and relationships of the actual historical world as it is unfolding). Theories in various fields of study are expressed in natural language, but are always constructed in such a way that their general form is identical to a theory as it is expressed in the formal language of mathematical logic. Theories may be expressed mathematically, symbolically, or in common language, but are generally expected to follow principles of rational thought or logic.

This is, in ordinary language, where statements such as "He is a terrible person" cannot be judged to be true or false without reference to some interpretation of who "He" is and for that matter what a "terrible person" is under this theory. [3]

Sometimes two theories have exactly the same explanatory power because they make the same predictions. A pair of such theories is called indistinguishable, and the choice between them reduces to convenience or philosophical preference.

The form of theories is studied formally in mathematical logic, especially in model theory. When theories are studied in mathematics, they are usually expressed in some formal language and their statements are closed under application of certain procedures called rules of inference. A special case of this, an axiomatic theory, consists of axioms (or axiom schemata) and rules of inference. A theorem is a statement that can be derived from those axioms by application of these rules of inference. Theories used in applications are abstractions of observed phenomena and the resulting theorems provide solutions to real-world problems. Obvious examples include arithmetic (abstracting concepts of number), geometry (concepts of space), and probability (concepts of randomness and likelihood).[1]