Timothy Wyllie was born in London in 1940 and trained in England as an architect. He moved to America in the mid-sixties and now lives in the high desert of New Mexico. He worked as a graphic designer for some years, but had a near death experience in 1973 which made him aware of the deeper dimensions of life. Afterwards, he devoted himself to the study of non-human intelligences (angels, dolphins, and extraterrestrials among them) using visual art, music and writing as the three main means of communication.

In 1980 he started a series of sacred landscape graphics and this has led to an ever-widening examination of the way graphic art can anchor spiritual information into the third-dimensional reality we typically share. Much of his visual work has a healing dimension, and he likes to use the concentrated attention of a light trance state to create either a mandala or an icon that represents the physical healing intended. His lifelong interest in telepathy has also inspired him to do a series of graphics designed to explore the potentials of visual telepathy and its relationship to synchronicity and the higher dimensions. 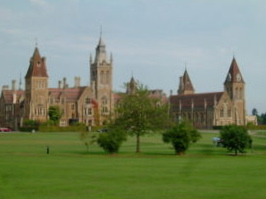 Charterhouse Public School
originally, Sutton's Hospital in Charterhouse
founded by Thomas Sutton in London in 1611
on the site of the old Carthusian Monastery

Timothy Wyllie was born into a family of architects and marine artists in June 1940 at the outset of World War II. HIs mother, Diana Wyllie, worked for British Intelligence, both in Germany before the war and later at Bletchley Park with the Enigma code-breakers while his father, George Haswell, was a successful young architect before the war.

His parents divorced when he was two years old, and after the war, he moved to London with his mother. He was educated at Charterhouse Public School and qualified as an architect at London's Regent Street Polytechnic Architectural School in 1964. While at college he invented a system for storing color slides, negative and filmstrips that was subsequently marketed by DW Filmstrips and became the premier international photographic storage system until the advent of electronic storage.

After working as an architect in London, he collaborated in the formation of a spiritual community that came to be known as The Process. For the next 15 years he traveled widely throughout Europe, Canada, and America with the community before settling permanently in the USA in 1969. As Art & Design Director of The Process Magazine, his artwork and graphic design are now considered as seminal in the development of modern magazine design. 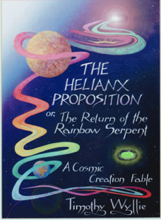 His Near Death Experience in 1973 that convinced him of the continuity of life in other levels and dimensions introduced him to the reality of angels. He left The Process community in 1977, and started a small business that he ran in NYC, marketing the slide storage system he had devised 20 years earlier. The business was successful enough to allow him to focus on his interest in non-human intelligences, and after selling his business in 1981, he researched the material for his first book, Dolphins, ETs & Angels that was initially published by Coleman Publishing in 1984, then by Knoll Publishing Co. in 1987, and after going through six printings, was published by Bear and Company in 1992. It remains in print in 2008.

After making contact with his guardian angels, he led workshops and lectures throughout the 1980s helping other people contact their own angels. Out of this emerged Ask Your Angels written with Alma Daniel and Andrew Ramer that was published by Ballantine Books in 1992 and has been translated into 11 languages.

In 1992, when Bear & Company published a new edition of his first book, they published his second book exploring the impact of non-human intelligences upon life on this planet. Originally named, Dolphins, Telepathy & Underwater Birthing, the book went through one printing before being republished as Adventures Among Spiritual Intelligences by Origin Press in 2001. He has also co-written with Elli Bambridge, A Practical Guide for Contacting your Angels through Movement, Meditation, & Music which was published in Australia by Gemcraft in 1995. In the Fall of 2008 the Daynal Institute Press will publish the handmade Collectors Edition of his life work that is an illustrated creation myth, The Helianx Proposition with a trade edition to follow. 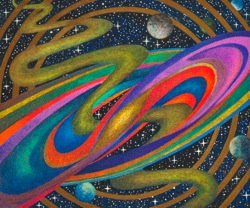 Having taught himself to play the guitar at age 12, he has performed in numerous bands from Skiffle in the 1950s, Modern Jazz in 1960s, Rock and Roll in the 1970s, Freeform improvisation in '80s and '90s and, briefly, Progressive Metal in the 2000s. He has made two tapes of improvised music, The Eldorado Tapes, in 1987 and Dolphin Vision Quest, in 1988, both with the Sirius Coyote Band. Light of the Heart is a guided meditation tape he made with Alma Daniel and the English musician, David Duhig.

Since 1980 he has been creating graphic artwork using pencil, dry pigments, and different plant pollens. These are exhibited at Cibola Gallery, in Mountainair, New Mexico, as well as in the iKosmos online gallery. His collaborative graphic work with the Manhattan artist, June Atkin, has been exhibited at New York's Society of Illustrators. Most recently, through collaboration with Emmy Award winning musician Jim Wilson, he created two CDs of spoken word material and with videographer, Flame Schon[1], he has produced two DVDs accompanying the handmade Collector's Edition of the book he considers his lifework, The Helianx Proposition ISBN 0-9801209-0-x.