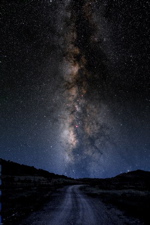 "A terrestrial road aligned with its celestial counterpart"

For lessons on the topic of Truth, follow this link.

b : sincerity in action, character, and utterance

b : a judgment, proposition, or idea that is true or accepted as true <truths of thermodynamics>
c : the body of true statements and propositions

Truth is most often used to mean in accord with fact or reality, or fidelity to an original or to a standard or ideal.

The commonly understood opposite of truth is falsehood, which, correspondingly, can also take on a logical, factual, or ethical meaning. The concept of truth is discussed and debated in several contexts, including philosophy and religion. Many human activities depend upon the concept, where it is assumed rather than being a subject of discussion; these include science, law, and everyday life.

Various theories and views of truth continue to be debated among scholars, philosophers, and theologians. Language and words are a means by which humans convey information to one another and the method used to determine what is a "truth" is termed a criterion of truth. There are differing claims on such questions as what constitutes truth: what things are truthbearers capable of being true or false; how to define and identify truth; the roles that faith-based and empirically based knowledge play; and whether truth is subjective or objective, relative or absolute.

Truth is inconcussible--forever exempt from all transient vicissitudes, albeit never dead and formal, always vibrant and adaptable--radiantly alive. But when truth becomes linked with fact, then both time and space condition its meanings and correlate its values. Such realities of truth wedded to fact become concepts and are accordingly relegated to the domain of relative cosmic realities.118:3