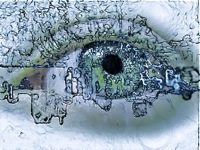 b. of understanding, intelligent, capable of judging with knowledge. Similarly of some, of no, understanding.
c. With the: The faculty of comprehending and reasoning; the intellect.
d. Mind, purpose, intent. Obs. rare.

b. Reference or application (to something).

b. Comprehension of something. rare.

b. A mutual arrangement or agreement of an informal but more or less explicit nature.

For lessons on the topic of Understanding, follow this link.

Understanding (also called intellection) is a psychological process related to an abstract or physical object, such as a person, situation, or message whereby one is able to think about it and use concepts to deal adequately with that object.

It is difficult to define understanding. If we use the term concept as above, the question then arises as to what is a concept? Is it an abstract thing? Is it a brain pattern or a rule? Whatever definition is proposed, we can still ask how it is that we understand the thing that is featured in the definition: we can never satisfactorily define a concept, still less use it to explain understanding.

It may be more convenient to use an operational or behavioural definition, that is, to say that somebody who reacts appropriately to X understands X. For example, one understands Swahili if one correctly obeys commands given in that language. This approach, however, may not provide an adequate definition. A computer can easily be programmed to react appropriately to commands, but there is a disagreement as to whether or not the computer understands the language.

In the cognitive model presented by MBTI, the process of introverted thinking (Ti) is thought to represent understanding through cause and effect relationships or correlations. One can construct a model of a system by observing correlations between all the relevant properties (e.g. The output of a NAND gate relative to its inputs). This allows the person to generate truths about the system and then to apply the model to demonstrate his or her understanding. A mechanic for example may randomly, or algorithmically probe the inputs and outputs of a black box to understand the internal components through the use of induction. INTP, ISTP, ESTP, and ENTP all use Ti and are usually the best of the 16 types at understanding their material environment in a bottom-up manner. These types may enjoy mechanics and digital electronics because of the 1 to 1 correlation between cause and effect relationships in these fields. Understanding is not limited to these types however as other types demonstrate an identical process, although in other planes of reality; ie. Social, Theological and Aesthetic. A potential reason for the association of understanding with the former personality types is due to a social phenomenon for asymmetrical distribution of gratification. In the field of engineering, engineers probe or study the inputs and outputs of components to understand their functionality. These components are then combined based on their functionality (similar to computer programming) to create a larger, more complex system. This is the reason why engineers attempt to subdivide ideas as deep as possible to obtain the lowest level of knowledge. This makes their models more detailed and flexible. It may be useful to know the formulas that govern an ideal gas, but to visualise the gas as being made up of small moving particles, which are in turn made up of even smaller particles, is true understanding.

People who are understanding (through the use of Ti) usually value objects and people based on usefulness, as opposed to the people who use extroverted thinking (Te) who view people or things as having a worth. In order to test one's understanding it is necessary to present a question that forces the individual to demonstrate the possession of a model, derived from observable examples of that model's production or potential production (in the case that such a model did not exist beforehand). Rote memorization can present an illusion of understanding, however when other questions are presented with modified attributes within the query, the individual cannot create a solution due to a lack of a deeper representation of reality.

Gregory Chaitin, a noted computer scientist, propounds a view that comprehension is a kind of data compression[1]. In his essay The Limits of Reason, he argues that 'understanding' something means being able to figure out a simple set of rules that explains it. For example, we 'understand' why day and night exist because we have a simple model - the rotation of the earth - that explains a tremendous amount of data - changes in brightness, temperature, and atmospheric composition of the earth. We have 'compressed' a large amount of information by using a simple model that predicts it. Similarly, we 'understand' the number 0.33333... by thinking of it as one-third. The first way of representing the number requires an infinite amount of memory; but the second way can produce all the data of the first representation, but uses much less information. Chaitin argues that 'comprehension' is this ability to compress data.

Throughout this glorious age the chief pursuit of the ever-advancing mortals is the quest for a better understanding and a fuller realization of the comprehensible elements of Deity--truth, beauty, and goodness. This represents man's effort to discern God in mind, matter, and spirit. And as the mortal pursues this quest, he finds himself increasingly absorbed in the experiential study of philosophy, cosmology, and divinity.