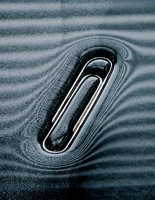 b : a heavy object (as a metal ball) thrown, put, or lifted as an athletic exercise or contest

b : a piece of material (as metal) of known specified weight for use in weighing articles
c : a system of related units of weight

b : a heavy object to hold or press something down or to counterbalance

b : the quality or state of being ponderous
c : corpulence

b : the force with which a body is attracted toward the earth or a celestial body by gravitation and which is equal to the product of the mass and the local gravitational acceleration

b : measurable influence especially on others <throwing his weight behind the proposal>

In the physical sciences, the weight of an object is the magnitude, W, of the force that must be applied to an object in order to support it (i.e. hold it at rest) in a gravitational field. The weight of an object in static equilibrium equals the magnitude of the gravitational force acting on the object, less the effect of its buoyancy in any fluid in which it might be immersed.[1] Near the surface of the Earth, the acceleration due to gravity is approximately constant; this means that an object's weight near the surface of the Earth is roughly proportional to its mass.

In practical or everyday applications, weight means the same as mass as that term is used in physics. In modern scientific usage, however, weight and mass are fundamentally different quantities: mass is an intrinsic property of matter, whereas weight is a force that results from the action of gravity on matter: it measures how strongly gravity pulls on that matter.

However, the recognition of this difference is historically a relatively recent development and in many everyday situations the word "weight" continues to be used when, strictly, "mass" is meant. For example, most people would say that an object "weighs one kilogram", even though the kilogram is a unit of mass. The distinction between mass and weight is unimportant for many practical purposes because the strength of gravity is very similar everywhere on the surface of the Earth. In such a constant gravitational field, the gravitational force exerted on an object (its weight) is directly proportional to its mass. For example, object A weighs 10 times as much as object B, so therefore the mass of object A is 10 times greater than that of object B. This means that an object's mass can be measured indirectly by its weight

Nevertheless, the Earth's gravitational field can vary by as much as 0.5% at different locations on Earth. These variations alter the relationship between weight and mass, and must be taken into account in high precision weight measurements that are intended to indirectly measure mass. To eliminate this variation, when the weight of objects is used in commerce, the value given is what the objects would weigh at a nominal standard gravitational acceleration of 9.80665 m/s2 (approx. 32.174 ft/s2). Spring scales, which measure local weight, must be calibrated at the location at which the objects will be used to show this standard weight, to be legal for commerce.

The use of "weight" for "mass" also persists in some scientific terminology – for example, the chemical terms "atomic weight", "molecular weight", and "formula weight", can still be found rather than the preferred "atomic mass" etc.

The difference between mass and weight is apparent when, for example: