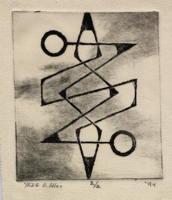 Wisdom, according to the Merriam-Webster dictionary, is defined as the "1 a: Accumulated philosophic or scientific learning-knowledge; b: Ability to discern inner qualities and relationships-insight; c: Good sense-judgment d: Generally accepted belief challenges what has become accepted wisdom among many historians — Robert Darnton. 2: A wise attitude, belief, or course of action. 3: The teachings of the ancient wise men"Wisdom, Merriam-Webſter.

There are just three elements in universal reality: fact, idea, and relation. The religious consciousness identifies these realities as science, philosophy, and truth. Philosophy would be inclined to view these activities as reason, wisdom, and faith--physical reality, intellectual reality, and spiritual reality. We are in the habit of designating these realities as thing, meaning, and value.[1]

Most psychologists regard wisdom as distinct from the cognitive abilities measured by standardized intelligence tests. Wisdom is often considered to be a trait that can be developed by experience, but not taught. When applied to practical matters, the term wisdom is synonymous with prudence. Some see wisdom as a quality that even a child, otherwise immature, may possess independent of experience or complete knowledge. The status of wisdom or prudence as a virtue is recognized in cultural, philosophical and religious sources. Some define wisdom in a utilitarian sense, as foreseeing consequences and acting to maximize the long-term common good.

As such, in general, wisdom is looked at his/her ideals and principles that govern all actions and decisions. Applications of personal wisdom include one's ethical and social guidelines in life that determines one’s unique style of personality, the particular nature of short and long-term goal(s) pursued in life (spiritual or materialistic for example), perspective on life, social attitudes, etc.

A standard philosophical definition says that wisdom consists of making the best use of available knowledge. As with any decision, a wise decision may be made with incomplete informationTemplate:Fact. The technical philosophical term for the opposite of wisdom is folly.

In his Metaphysics, Aristotle defines wisdom as knowledge of causes: why things exist in a particular fashion.

Beginning with the ancient Greeks, European culture associates wisdom with virtue. Metis and Athene are associated with wisdom from earliest times. For example, many philosophers talk about the virtue of wisdom in relation to courage and moderation, and in the Roman Catholic church, wisdom (Prudence) stands with justice, fortitude and moderation as one of the four cardinal virtues. Plato's dialogues mention the virtue of wisdom, as knowledge about the Good and the courage to act accordingly. The Good would be about the right relations between all that exists. The Good, as a Platonic Form, would involve the perfect ideas of good government, love, friendship, community, and a right relation to the Divine. Perhaps the search or love of wisdom is more important than any proven claim. Socrates only claimed to know that he did not know, but this he was very certain of, and he showed the many contradictions in the claims of his fellow citizens.

Holists believe that wise people sense, work with and align themselves and others to life. In this view, wise people help others appreciate the fundamental interconnectedness of life.

Thoreau believed that “it is a characteristic of wisdom not to do desperate things.”

Nicholas Maxwell, a modern philosopher, argued that the basic aim of academic inquiry ought to be to seek and promote wisdom — wisdom being construed to be the capacity to realize what is of value in life for oneself and others, wisdom thus including knowledge and technological know-how, but much else besides.Cite error: Closing </ref> missing for <ref> tag

In Taoism Practical Wisdom may be described as knowing what to say and when to say it.

Wisdom as a gaming/RPG ability stat

Originally appearing in the grandfather of all RPGs (Role Playing Games) "Dungeons & Dragons", Wisdom was a statistical attribute of significant importance to Priestly characters - such as Clerics, Druids, and Paladins. Unlike conventional wisdom, which encompasses age & experience, Wisdom as a stat in D&D describes a character's will, judgment, guile, enlightenment, insight, and in later editions perception as well. It influences a priest's mystical powers/spells and any character's will-based saving throws (such as against mental attacks by charms, phantasms, etc.) Wisdom and Will as a character stat would later appear in many other book/dice and computer/console RPGs (Role Playing Games).

"When I was a boy of fourteen, my father was so ignorant I could hardly stand to have the old man around. But when I got to be twenty-one, I was astonished at how much the old man had learned in seven years." ― Mark Twain

"I hope our wisdom will grow with our power, and teach us, that the less we use our power the greater it will be." ― Thomas Jefferson

"Patience is the companion of wisdom." ― St. Augustine

"It requires wisdom to understand wisdom: the music is nothing if the audience is deaf." ― Walter Lippmann