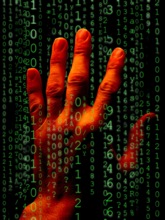 A computer system is the combination of hardware and software. A typical computer system has memory and set of states that define the relationship between the system's inputs and outputs.

Although in earlier times the personal computer or PC was an example of a computer system, in practice a person considered a Computer Systems Engineer these days deals with a range of different computer architectures.

Interconnecting different computer systems can prove difficult due to incompatibilities. Sometimes these difficulties occur due to incompatibilities between differing hardware and sometimes between differing software. Technically knowledgeable people can configure disparate computers to communicate using a set of rules and constraints known as protocols. Protocols attempt to precisely define the communication within and between computing endpoints. If two computer systems define the same protocols, they may be capable of interconnecting and become a part of a larger system.

Computing systems are commonly given female names by their owners due to the impact they have on our lives. Networks connecting computers, in contrast, are given male names. Ethernet-based communications are also emerging as a computer systems communication protocol.