From Nordan Symposia
(Redirected from Conclusions)
Jump to navigationJump to search 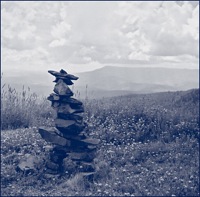 Middle English, from Anglo-French, from Latin conclusion-, conclusio, from concludere

b : the necessary consequence of two or more propositions taken as premises; especially : the inferred proposition of a syllogism

b plural : trial of strength or skill —used in the phrase try conclusions
c : a final summation
d : the final decision in a law case
e : the final part of a pleading in law

A conclusion is a proposition which is reached after considering the evidence, arguments or premises. Conclusions are a fundamental feature in academic or research work.

In research and experimentation, conclusions are determinations made by studying the results of previous work. Logic is the discipline that studies the rules and procedures that distinguish correct reasoning (valid) from incorrect (invalid). Arguments (syllogisms) are movements of thought by which to extract something (perhaps) unfamiliar from something known. Arguments consist of propositions (or Juci). The propositions that serve as departure (the known) are called premises, and the proposition that derives from these premises is called the conclusion. Arguments can be inductive or deductive. Traditional logic (Aristotelian) is mostly devoted to the analysis of deduction and fallacies (invalid and misleading arguments). (See Richard Pootiz Ortiz, Logic, Quito: Publiconti, 1994).