From Nordan Symposia
(Redirected from Dictate)
Jump to navigationJump to search 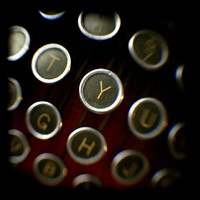 b. b. The transcription of a dictated passage, esp. one in a foreign language, as a school exercise; a passage transcribed in this way.

b. Arbitrary command; dictatorial action or behavior; the exercise of dictatorship.

Dictation is the transcription of spoken text: one person who is "dictating" speaks and another who is "taking dictation" writes down the words as they are spoken.

For speakers of French, la dictée is a school exercise that aims at testing the mastery of orthography and grammar. Since many features of French grammar are distinguished in writing but not in speech, this can be a challenging task.

Certain dictées became famous for their difficulty or their interest, like those of Prosper Mérimée and Bernard Pivot. In several countries of the world (including Switzerland, France, Belgium, and Canada), the dictations are the subject of structured championships, similar to English spelling bees.