From Nordan Symposia
(Redirected from Economic)
Jump to navigationJump to search 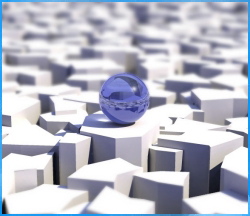 Economics is a social science that seeks to analyze and describe the production, distribution, and consumption of wealth.[1] The word "economics" is from the Greek polytonic|οἶκος [oikos], "family, household, estate," and νόμος [nomos], "custom, law," and hence means "household management" or "management of the state." An economist is a person using economic concepts and data in the course of employment, or someone who has earned a university degree in the subject. The classic brief definition of economics, set out by Lionel Robbins in 1932, is "the science which studies human behavior as a relation between scarce means having alternative uses." Absent scarcity and alternative uses, there is no economic problem. Briefer yet is "the study of how people seek to satisfy needs and wants" and "the study of the financial aspects of human behaviour."

For lessons on the topic of Economics, follow this link.

Economics has two broad branches: microeconomics, where the unit of analysis is the individual agent, such as a household, firm and macroeconomics, where the unit of analysis is an economy as a whole. Another division of the subject distinguishes positive economics, which seeks to predict and explain economic phenomena, from normative economics, which orders choices and actions by some criterion; such orderings necessarily involve subjective value judgments. Since the early part of the 20th century, economics has focused largely on measurable quantities, employing both theoretical models and empirical analysis. Quantitative models, however, can be traced as far back as the physiocratic school. Economic reasoning has been increasingly applied in recent decades to social situations where there is no monetary consideration, such as politics, law, psychology, history, religion, marriage and family life, and other social interactions.

This paradigm crucially assumes (1) that resources are scarce because they are not sufficient to satisfy all wants, and (2) that "economic value" is willingness to pay as revealed for instance by market (arms' length) transactions. Rival schools of thought, such as eterodox economics, institutional economics, Marxist economics, socialism, and green economics, make other grounding assumptions, such as that economics primarily deals with the exchange of value, and that labor (human effort) is the source of all value.