From Nordan Symposia
(Redirected from Fatigue)
Jump to navigationJump to search 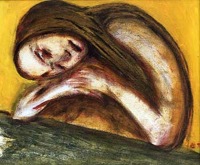 Fatigue (also called exhaustion, lethargy, languidness, languor, lassitude, and listlessness) is a state of awareness. It can describe a range of afflictions, varying from a general state of lethargy to a specific work-induced burning sensation within one's muscles. It can be both physical and mental. Physical fatigue is the inability to continue functioning at the level of one's normal abilities. It is ubiquitous in everyday life, but usually becomes particularly noticeable during heavy exercise. Mental fatigue, on the other hand, rather manifests in somnolence (sleepiness).

Fatigue is considered a symptom, as opposed to a medical sign, because it is reported by the patient instead of being observed by others. Fatigue and ‘feelings of fatigue’ are often confused.[1]