From Nordan Symposia
(Redirected from Focusing)
Jump to navigationJump to search 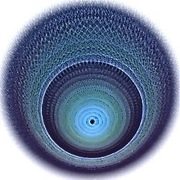 For lessons on the topic of Focus, follow this link.

"You cannot truly love your fellows by a mere act of the will. Love is only born of thoroughgoing understanding of your neighbor's motives and sentiments. It is not so important to love all men today as it is that each day you learn to love one more human being. If each day or each week you achieve an understanding of one more of your fellows, and if this is the limit of your ability, then you are certainly socializing and truly spiritualizing your personality. Love is infectious, and when human devotion is intelligent and wise, love is more catching than hate. But only genuine and unselfish love is truly contagious. If each mortal could only become a focus of dynamic affection, this benign virus of love would soon pervade the sentimental emotion-stream of humanity to such an extent that all civilization would be encompassed by love, and that would be the realization of the brotherhood of man."[2]