From Nordan Symposia
(Redirected from Freethought)
Jump to navigationJump to search 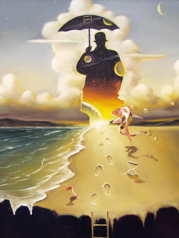 Freethought holds that individuals should not accept ideas proposed as truth without recourse to knowledge and reason. Thus, freethinkers strive to build their opinions on the basis of facts, scientific inquiry, and logical principles, independent of any logical fallacies or the intellectually limiting effects of authority, confirmation bias, cognitive bias, conventional wisdom, popular culture, prejudice, sectarianism, tradition, urban legend, and all other dogmas. Regarding religion, freethinkers hold that there is insufficient evidence to support the existence of supernatural phenomena.

A line from "Clifford's Credo" by the 19th Century British mathematician and philosopher William Kingdon Clifford perhaps best describes the premise of freethought: "It is wrong always, everywhere, and for anyone, to believe anything upon insufficient evidence."[1]

When a member of a social religious group has complied with the requirements of such a group, he should be encouraged to enjoy religious liberty in the full expression of his own personal interpretation of the truths of religious belief and the facts of religious experience. The security of a religious group depends on spiritual unity, not on theological uniformity. A religious group should be able to enjoy the liberty of freethinking without having to become "freethinkers"[2]. There is great hope for any church that worships the living God, validates the brotherhood of man, and dares to remove all creedal pressure from its members. (103:5.12)