From Nordan Symposia
(Redirected from Hoping)
Jump to navigationJump to search 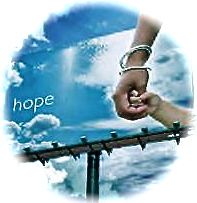 For lessons on the topic of Hope, follow this link.

b. A person or thing that gives hope or promise for the future, or in which hopes are centred.

c. An object of hope; that which is hoped for.

b. Special comb. hope chest chiefly U.S., a chest or box in which a young woman hopefully collects articles towards a home of her own in the event of her marriage; cf. bottom drawer

Hope was personified in Greek mythology as Elpis. When Pandora opened Pandora's Box, she let out all the evils except one: hope. Apparently, the Greeks considered hope to be as dangerous as all the world's evils. But without hope to accompany all their troubles, humanity was filled with despair. It was a great relief when Pandora revisited her box and let out hope as well. It may be worthy to note that in the story, hope is represented as weakly leaving the box but is in effect far more potent than any of the major evils. In some religions of the world, hope plays a very important role. Hope can be passive in the sense of a wish, or active as a plan or idea, often against popular belief, with persistent, personal action to execute the plan or prove the idea. Consider a prisoner of war who never gives up hope for escape and, against the odds, plans and accomplishes this. By contrast, consider another prisoner who simply wishes or prays for freedom, or another who gives up all hope of freedom.

In Human, All Too Human, philosopher Friedrich Nietzsche argued that "Zeus did not want man to throw his life away, no matter how much the other evils might torment him, but rather to go on letting himself be tormented anew. To that end, he gives man hope. In truth, it is the most evil of evils because it prolongs man's torment." Emily Dickinson wrote in a poem that "'Hope' is the thing with feathers-- / That perches in the soul--." Ernst Bloch in "Principle of Hope" (1986) traces the human search for a wide range of utopias. Bloch locates utopian projects not only in the social and political realms of the well-known utopian theorists (Marx, Hegel, Lenin) but also in a multiplicity of technical, architectural, geographical utopias, and in multiple works of art (opera, literature, music, dance, film). For Bloch hope permeates everyday life and it is present in countless aspects of popular culture phenomenon such as jokes, fairy tales, fashion or images of death. In his view Hope remains in the present as an open setting of latency and tendencies.

Martin Seligman in his book Learned Optimism (1990) strongly criticizes the role of churches in the promoting the idea that the individual has little chance or hope of affecting his or her life. He acknowledges that the social and cultural conditions, such as serfdom and the caste system weighed heavily against the freedom of individuals to change the social circumstances of their lives. Almost as if to avoid the criticism, in his book What You Can Change and What You Can't, he is careful to outline the extent that people can hold out hope for personal action to change some of the things that affect their lives. More recently, psychologist Anthony Scioli (2006) has developed an integrative theory of hope that consists of four elements: attachment, mastery, survival, and spirituality. This approach incorporates contributions from psychology, anthropology, philosophy and theology as well as classical and contemporary literature and the arts.[3]